There’s a lot of good reasons to make Pisco Sours at home, but one that’s often forgotten is just how impressive you appear to whoever it is you’re making them for.

Proper cocktail sours, ones made with egg white, are gorgeous. They draw the eye. The drink pours cloud-white out of the shaker tin and develops slowly like a Polaroid picture, the liquid’s color becoming again vivid under a paper-smooth band of silky foam. At a bar, there’s a lot of “ooh what is that?” from adjacent seats. The whole ritual of it—the larger glass, the cracking of a shell, the initial “dry shake”—seems to denote a higher order of cocktail making, as if everything just got more serious. Make it for someone at home, and in my experience, they’ll look at you like you’re a wizard.

The funny thing is there’s really not that much to it. Making cocktails with egg whites is neither difficult nor complex, but all too often, it’s a seemingly impassable barrier for non-professionals. The very inclusion of an egg white in a cocktail recipe seems to disqualify it from possibility in people’s minds, as if the instructions demanded you lay the egg yourself. This is a shame, as it’s more than worth the minimal effort required. Like so many things, the hardest step is the decision to try.

Why use egg whites? Just like when you eat them, egg whites don’t taste much like anything at all. Their presence is more textural: It lends the cocktail a silky viscosity and gives it a cool foam head. Taste-wise, it’s less of a flavor and more of a function, like a mediator—it helps everything get along, forms it into a more cohesive whole. If there are tannins, like the oak in aged spirits, it binds to them, neutralizing their astringency. If you’re dealing with a particularly raw spirit, as pisco can tend to be, it rounds off the sharp edges, making it all more agreeable.

Pisco is an unaged grape brandy and is so full of flavor you can barely get the top on the bottle. It’s the national spirit of both Chile and Peru, and is startlingly expressive, earthy and spicy and funky and floral all at the same time, which is where the egg white comes in. A Pisco Sour is essentially just a classic template: a white spirit with a balance of lime juice and sweetness (both the Daiquiri and the Margarita get this identical treatment), with an egg white added to mollify the spirit’s wild character.

Most Americans have never even tried pisco, and look at you with something approaching alarm when you start cracking eggs in their drinks, and I get it. If you’ve never seen it before, eggs seem weird. I’m not sure what I can say to convince you to try it. Perhaps consider that we’ve been putting eggs in drinks for 300 years. Or that learning to make them makes you look like a cocktail magician. Or that even otherwise timid vodka drinkers who have spent any significant amount of time in South America will happily accept a Pisco Sour, which is to say, if for some reason—because of travel or culture or a willingness to try new things—you decided to take a single sip, odds are you’ll be a fan for the rest of your life.

Add all the liquid ingredients to the small half of the shaker tin. Crack the egg and separate the white into the other half of the tin, so if you mess up and get some shell or yolk in there, you don’t need to toss the whole thing. The egg white requires that you “dry shake,” which means, shake without ice to whip the egg. Combine them, seal the tins, hold them tight together (they’ll want to come apart as the volume expands), and shake without ice for 6 to 8 seconds. Now add ice to the cocktail, seal the tins, and shake hard for 12 to 15 seconds. Strain slowly off the ice into a stemmed glass. Over the course of a minute or so, a half-inch white head should form on top.

Carefully add some drops or streaks of Angostura Bitters to the top of the egg white foam, for aroma. Another optional step is to spritz a lemon peel on top as well, for aroma. Using a toothpick or a knife, drag through the drops of bitters to decorate in latte-esque art, making a swirl or little hearts or whatever you want to do. 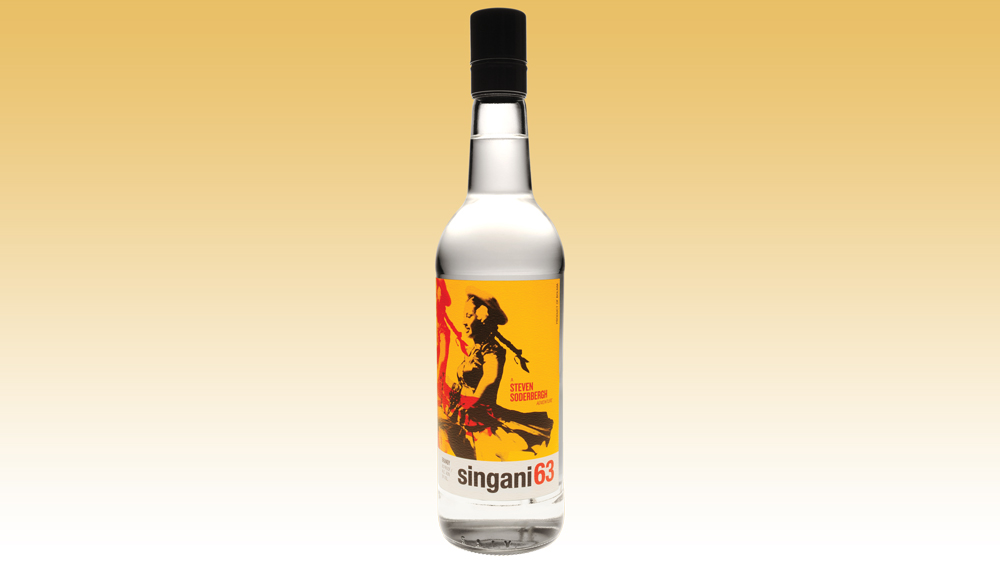 Pisco: Pisco can be made from any of eight allowed grapes, and some, like Moscatel, are perhaps too floral on their own. If you have the option, I recommend finding an “Acholado” (blend), in which the producer has chosen a mix of grapes for good all-around balance. As for brands, just get what you can find, all of the widely available ones are pretty good. Also, if you have a choice, go Peruvian: There’s a fuller regulatory structure in Peru, so you can be more confident in what you’re getting. If you had every choice available, my favorite right now is the melon and floral notes from Capurro’s Torontel bottling.

Lime Juice: there’s always a wrinkle. The cocktail is supposed to call for the Peruvian limón, which means lemon but is closer in appearance and flavor to a key lime. If you have key limes, go for it. If not, just use regular limes, which are totally fine.

Simple Syrup: equal parts, white sugar and water, and stir until the sugar is dissolved. Using hot water will make the sugar dissolve faster.  It’ll last a month in the fridge—toss when it gets carbonated (fermenting) or cloudy (mold).

Egg Whites: The odds of contracting salmonella from raw egg white in America are astronomically low, so low I’ve never even heard of it happening from a cocktail. That being said, if you are immunocompromised or extra worried, use in-shell pasteurized eggs. If all you have is a carton of pre-cracked, pre-separated, pasteurized egg whites, make something else. Oh, and if you don’t eat eggs, a vegan alternative is Aquafaba, the liquid that comes in a can of chickpeas, which functions almost identically vis-a-vie protein and foam.

Every week bartender Jason O’Bryan mixes his up his favorite drinks for you. Check out his past cocktail recipes.