Installed in November 2019 in the Great Barrier Reef some 50 miles off the coast, the 53-foot deep Coral Greenhouse at John Brewer Reef is the first of four MOUA installations. Spanning 235 square feet, the skeletal building contains 25 concrete life-sized inhabitants anchored to the seafloor, all molded from real people and seemingly frozen in time. When selecting models, Taylor is known to eschew slim models with flawless complexions in favor of heavy-set volunteers with pockmarked skin and wrinkles. Taylor used these models because they are believed to attract more marine life and better withstand the forces of the sea.

The greenhouse is constructed out of stainless steel and pH-neutral materials to complement natural coral growth, and visitors are encouraged to don a scuba tank or snorkel and swim through the installation, accessed by three separate entrances, to view the artwork up close. 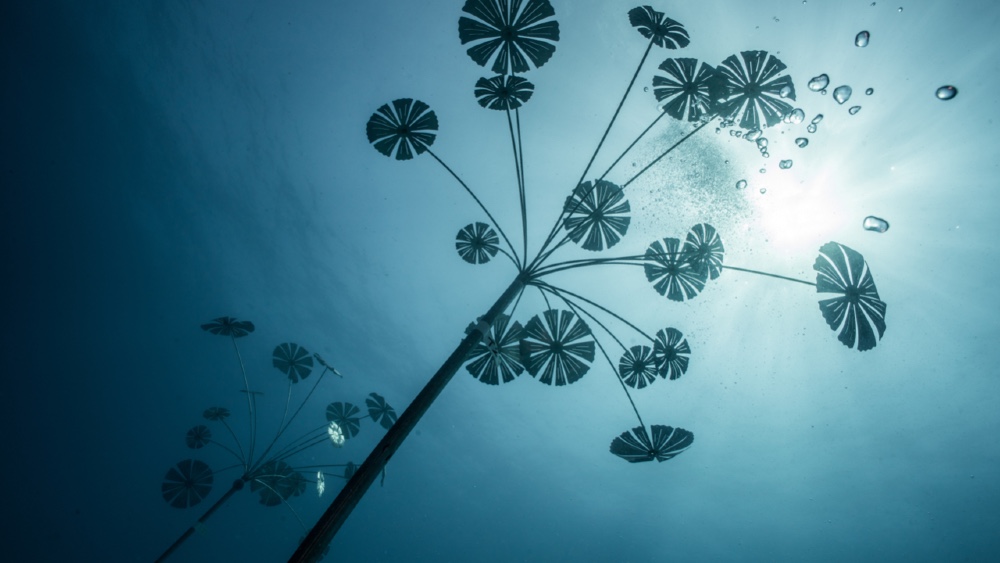 The museum is situated on the reef bottom in a 22-square foot area that is accessible only by scuba gear.  Courtesy MOUA

“Great art tells stories, and we have worked with Jason deCaires Taylor to tell the story of the reef, science, culture and art,” Dr. Adam Smith, co-founder of MOUA, told Robb Report. “Art and sculpture in an underwater environment will have different meanings for every person. For me, they are beautiful and surreal.”

The second sculpture, the Ocean Siren, was installed alongside North Queensland’s Strand Jetty in Townsville in December 2019. It changes color in response to live water temperature data from the Davies Reef weather station on the Great Barrier Reef. Set to be completed in 2021 following a recent $1 million cash injection by the Queensland state government, stage three of the project will see sculptures on Palm Island and Magnetic Island that focus on stories of indigenous culture and marine science. All artworks, present and future, are engineered to withstand wind and waves associated with a Category 4 cyclone.

As well as forming stunning underwater spectacles, it is hoped the not-for-profit museum—the first of its kind in the Southern Hemisphere—will expand ocean research and conservation, including coral spawning, the biology of mangroves, herbivorous fish and marine protected areas, all of which will be monitored and recorded by citizen scientists.

“The aim is to plant some local corals in the Greenhouse for research and education,” says Smith. “There has also been some natural recruitment of algae, coral, invertebrates and fish to the Coral Greenhouse, and a recent survey indicated over 50 species of fish, including the rare and protected Barramundi cod.”

The idea behind MOUA was inspired by Mexico’s Underwater Museum of Art in Cancun, which opened in 2010 and holds over 500 lifesize sculptures. “It has shown how art can help coral reefs, improve marine park management and increase tourism,” says Smith. With this in mind, MOUA is working with five authorized commercial tourism operators to allow visitors to experience the seabed museum, assisted by dive instructors and guides.

Superyachts of up to 115 feet in length, and other recreational boaters, are also invited to book a private mooring and dive at the Coral Greenhouse. For guests wanting to visit by charter yacht, nearby Orpheus Island Resort, part of the Northern Escape Collection, is one of MOUA’s authorized operators, and offers 131-foot superyacht Flying Fish for charter. 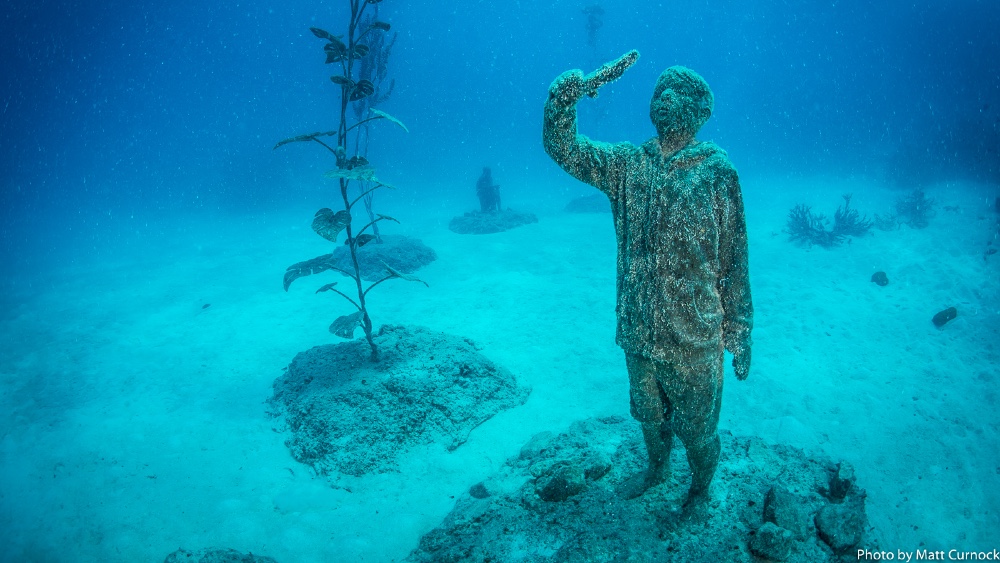 The unusual shapes of the sculptures promote faster growth of coral and reef fish. Much of the museum’s purpose is habitat restoration.  Courtesy MOUA