With its hand-wheeled aluminum body, Eastern Spirit Garage’s BMW R80 ESG 649 restomod is a sight to behold. But that’s not what makes this modernized café racer so special.

For its latest project, the famed Polish custom shop took a 1993 R80 that was missing a number of key components and decided to turn it into something decidedly radical—three bikes in one. To make that happen, the shop retrofitted the motorcycle with a modular design that would allow the rider to easily reconfigure it in a number of different ways. 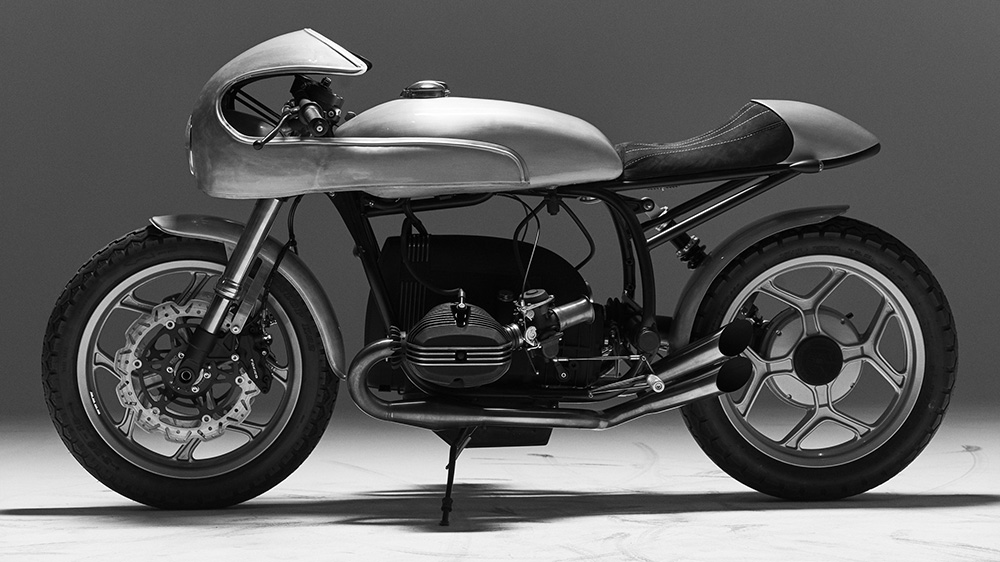 The restomod was commissioned by a Warsaw-based collector named Marcin. The collector wanted a modular café racer with removable fairings and a swappable seat, but was also tall enough for a 6’5” rider, according to Bike Exif. The resulting motorcycle, which shop owner Sylwester Mateusiak called the “hardest project I have ever undertaken,” sports a sleek, retro-futuristic design that nods to the classic café racers of the 1970s.

While the base of the bike is a restored and height-adjusted R80, it’s the hand-crafted, aluminum fairings that give it so much flexibility. Those pieces allow it to take on the guise of a menacing sports motorcycle, a classic café racer or a stripped-down road bike. The seat can also be swapped out to make room for a passenger. Best of all,  the rider can easily reconfigure it themselves. 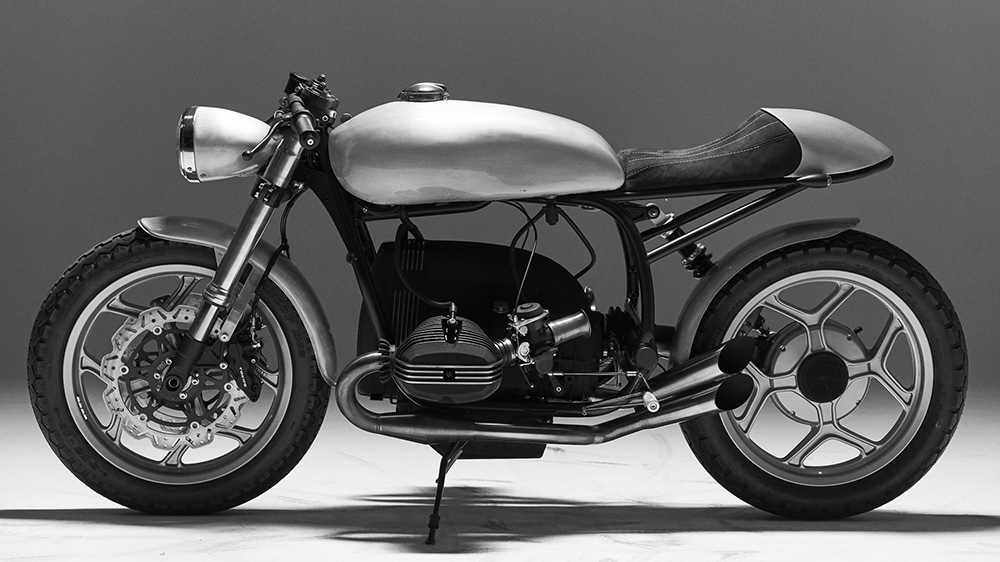 Of course, there’s more to the bike than its swappable fairings. It’s powered by a completely overhauled 790cc BMW boxer motor, has a brand-new custom exhaust system and has been fitted with a set of Suzuki GSX-R1000 forks. Meanwhile, the entirety of the motorcycle’s body was hand-wheeled from aluminum and it features a low fuel tank, under which is hidden a lithium ion battery, the brake master cylinder and the bulk of the bike’s wiring. Finally, the cockpit has been completely redone and the bike has been equipped with an LED light package.

Unfortunately, Eastern Spirt Garage’s BMW R80 ESG 649 is a one-off. But the custom shop is always looking for new projects, if you wanted to commission a similar bike of your own. You can reach out to the shop through its website.