Sotheby’s next Hong Kong watch auction will no doubt be a horological humdinger. The sale, which will take place on October 9, is led by two incredibly rare timepieces by Rolex and Patek Philippe that may well fetch a million dollars each.

The wrist candy in question is touted as being “possibly unique” and represents the pinnacle of collectible references. Both rarities are expected to sell for between $590,000 and $1 million during the Important Watches live auction.

The Patek Philippe Reference 1436 is a yellow gold split-seconds chronograph that comes housed in its original box. The wristwatch, which was made in 1960 and sold in 1961, is one of roughly 140 examples of this reference produced and one of only five to be sold by Tiffany & Co. The vintage timepiece is presented in unpolished condition and is fitted with its original strap and crystal. It bears a clear hallmark with Tiffany inventory numbers between the lugs, as well as a modern font dial with short indexes and scales that have never before been seen by the watch world. The mint-condition ‘60s timepiece is said to be one of the finest gold reference 1436s to have ever appeared on the market. 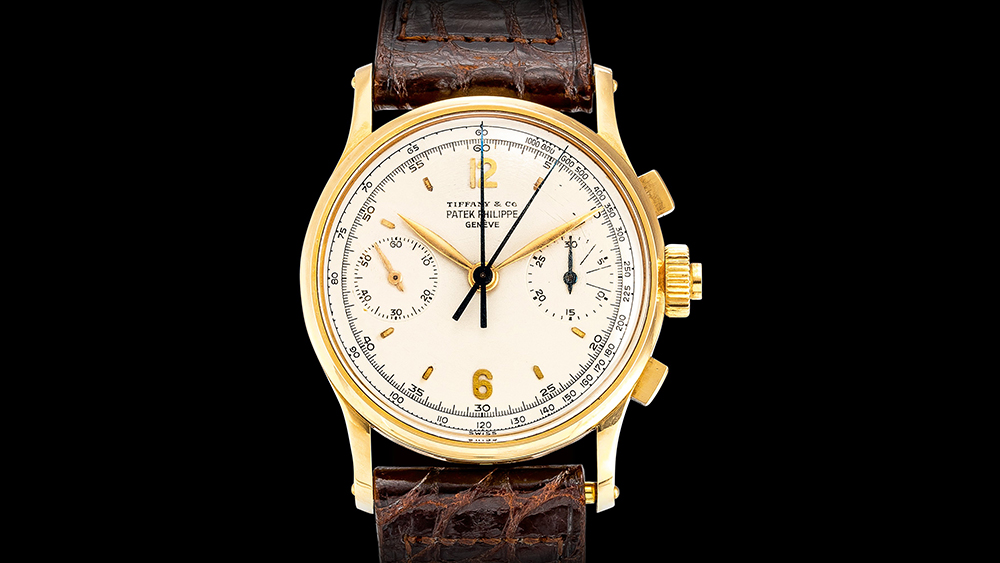 The Rolex, meanwhile, is a Cosmograph Daytona Reference 16528. The yellow gold and diamond-encrusted timepiece from 1996 has been consigned by an important private collector and is especially coveted on account of its rare dial. This is the only yellow gold Rolex Cosmograph Daytona to be fitted with a hardstone dial. On top of that, the lapis lazuli face is the only one to feature blingy diamond indexes. Daytonas with hardstone dials routinely fetch record-breaking sums. In fact, earlier this year, a platinum Daytona with a lapis lazuli hardstone dial went for $3.27 million and became the most expensive automatic chronograph ever sold. 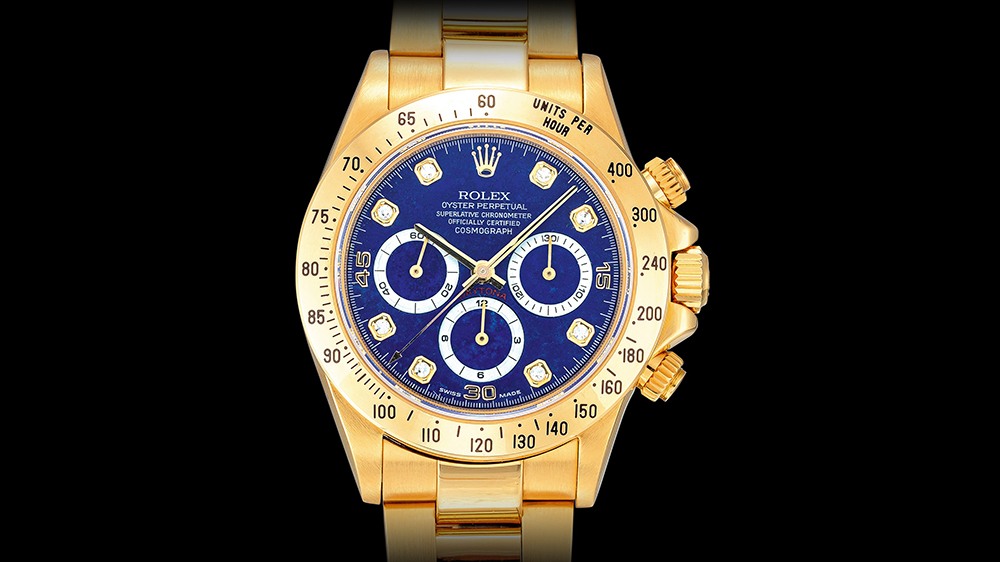 In addition to this top-notch duo, the Important Watches sale will offer sought-after vintage and modern timepieces from heritage brands and independent watchmakers. Other standout lots include a white gold Philippe Dufour Simplicity with an estimate of $260,000 to $410,000; a limited-edition platinum F. P. Tourbillon Remontoir D’égalité that’s expected to fetch between $333,000 and $513,000 (but will likely go for more if current F.P. Journe’s skyrocketing auction prices are any indication); and a platinum Patek Philippe Reference 5016 minute repeating perpetual calendar tourbillon with an estimate between $385,000 and $641,000. Of course, there is a spate of other important watches available in the six-figure range on offer, too. Best get your paddles ready, gents.