Next time you visit the Solomon R. Guggenheim Museum in New York, there might be a banana taped to the wall.

That’s right: the viral sensation that was Maurizio Cattelan’s Comedian—a simple banana, duct-taped to a wall and priced at $120,000—has been donated to the institution by an anonymous donor.

“We are grateful recipients of the gift of Comedian, a further demonstration of the artist’s deft connection to the history of modern art,” Guggenheim director Richard Armstrong told the New York Times. “Beyond which, it offers little stress to our storage.”

The artwork dominated headlines at last year’s Art Basel Miami Beach, where it was on offer from Perrotin gallery.

The fair was forced to institute crowd-control measures as viewers clogged the aisles, flocking to see the slowly browning fruit. Copycat versions by everyone from the Guerrilla Girls to fast-food giant Popeyes sprung up as the artwork became a meme. 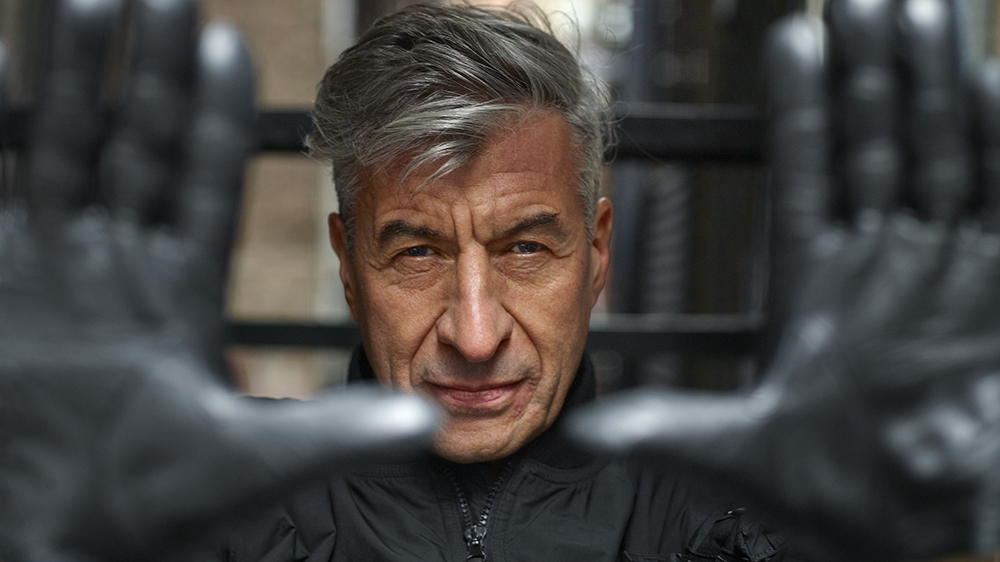 Artist David Datuna elevated the media circus into a piece of performance art by unceremoniously eating the work. (The gallery opted not to display the piece the next day.)

Amid all the pandemonium, Perrotin managed to sell all three editions of the work, even raising the price to $150,000 for the final copy. Despite many interested persons—including Damien Hirst—the gallery opted to hold on to two artist proofs.

(For would-be collectors who missed out on the banana, you can still buy an official Comedian t-shirt from Perrotin. The proceeds go to charity.)

The work’s owners are responsible for supplying their own banana and tape, and for carrying out the installation. What the six-figure purchase price actually buys is a certificate of authenticity and an accompanying instruction manual specifying the exact angle and height—37 degrees, about 68 inches above the ground—at which to affix the fruit to a wall.

Two of the buyers of the work have come forward: Sarah Andelman, the founder of the Colette boutique; and Miami’s Billy and Beatrice Cox, of the Bancroft family, the former owners of Dow Jones & Company.

Although Comedian was donated anonymously, the Coxes—who dubbed the piece “the unicorn of the art world”—had already promised to donate it to a museum. 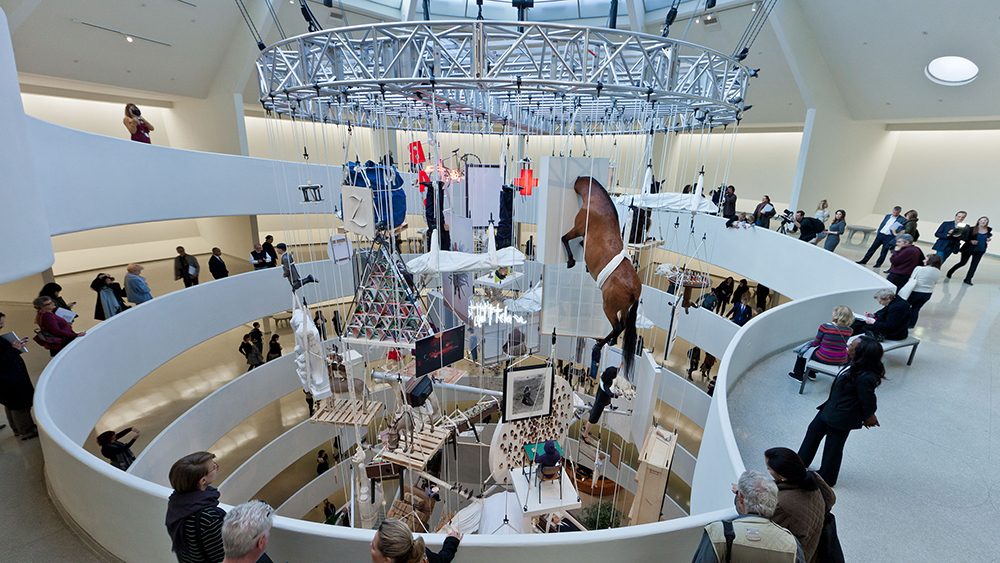 Cattelan’s oeuvre hanging in the rotunda of the Guggenheim for his retrospective in 2011-12.  David Heald

The Guggenheim, with its longstanding ties to Cattelan, was a natural choice: it hosted his unconventional 2012 retrospective, “Maurizio Cattelan: All,” which suspended nearly all of his work dating back to 1989 from the ceiling through the center of the museum’s rotunda.

After the exhibition, Cattelan announced his retirement, but returned in 2016 with a new work for the museum: America, a fully functional toilet cast from 227 pounds of 18-carat gold and installed in a Guggenheim bathroom.

The work, said to be worth around $5 million, was stolen last September while it was installed at Blenheim Palace in the UK. Several arrests were made, but the toilet was never recovered.

Theft is not a concern when it comes to Comedian, which has its banana replaced every seven to 10 days based on its appearance.

The Guggenheim has yet to announce a date for the artwork’s New York debut, but isn’t too concerned about the installation logistics.

“Of all the works I have to confront, this is probably one of the simplest,” Lena Stringari, the Guggenheim’s chief conservator, told the Times. “The idea is that it’s a banana. Go buy a banana.”