As if we needed another reason to drink bourbon, September happens to be National Bourbon Heritage Month. Distilleries often time some of their most high profile releases to coincide with this celebration of our beloved “distinctive product of the United States,” as designated by a 1964 congressional resolution. For those who might need a refresher, there are certain specifications that bourbon has to meet. Some of the main points: the mash bill must consist of at least 51 percent corn, it must be aged in new charred oak containers (nearly always barrels) and no color or flavor can be added. There are so many new bourbon releases available now and in the coming months, from small craft distillery releases to major brand extensions to annual limited release bottles. Here are 15 of the best new bourbons to look for now. 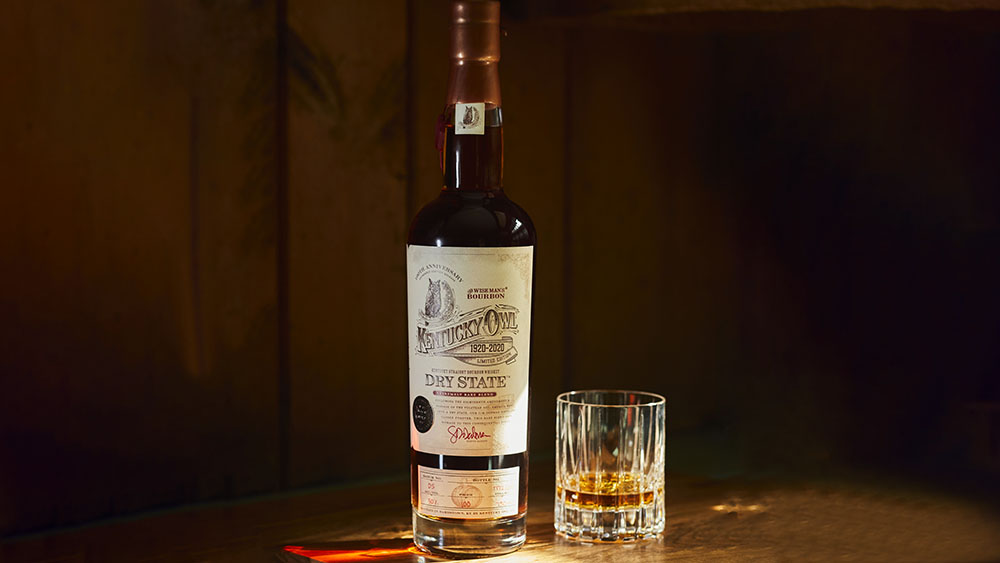 Kentucky Owl is known for releasing pricey bottles of bourbon that are meticulously sourced and blended by Dixon Dedman, whose great-great grandfather originally founded the brand. The latest expression is called Dry State, a nod to this year being the 100th anniversary of the start of Prohibition. This release, limited to just 2,000 bottles, is a blend of bourbon aged from 12 to 17 years and priced at $1,000. This is truly a collector’s whiskey, with rich notes of caramel and butter on the nose, mingling with a deep oaky palate that pops with dark fruit flavors. Several bottles will also be available for auction at Christie’s later this month, with the proceeds going to benefit the National Restaurant Association’s Employee Advancement Fund to help hospitality workers impacted by the COVID-19 pandemic.

Sweetheart of the Rodeo Bourbon 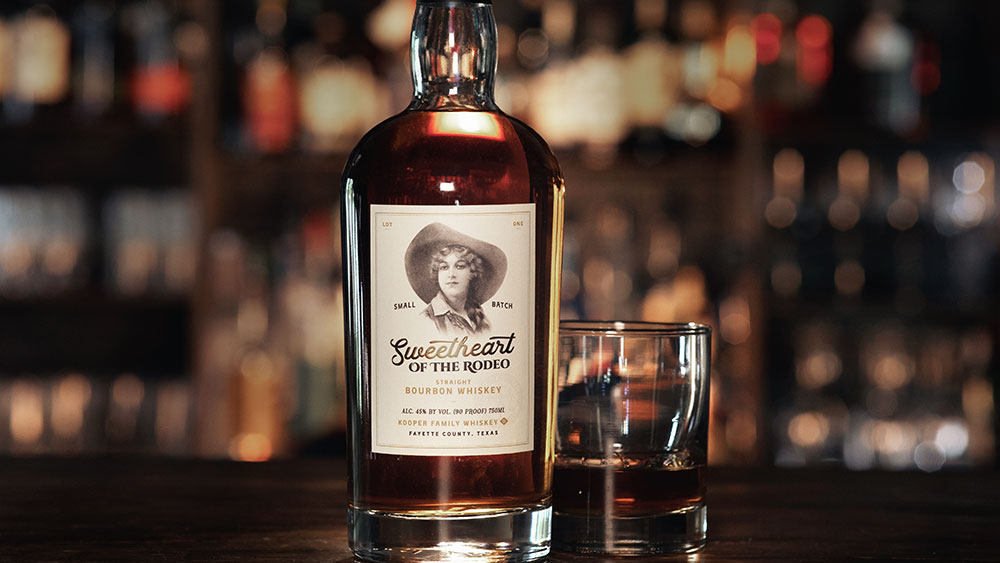 Kooper Family Whiskey is a Texas blending house that sources whiskey distilled around the country and ages it in the extreme temperature shifts of the Lone Star State. This is a four-year-old bourbon made using a mash bill of 75 percent corn and 21 percent rye, giving it a healthy dollop of spice. It drinks like something that has spent a few more years inside a barrel, likely due to the Texas climate increasing the liquid’s interaction with the wood. This is a good introduction to this whiskey brand, which is set to release a single-barrel bourbon (distilled in Indiana) aged from four to five years this October. 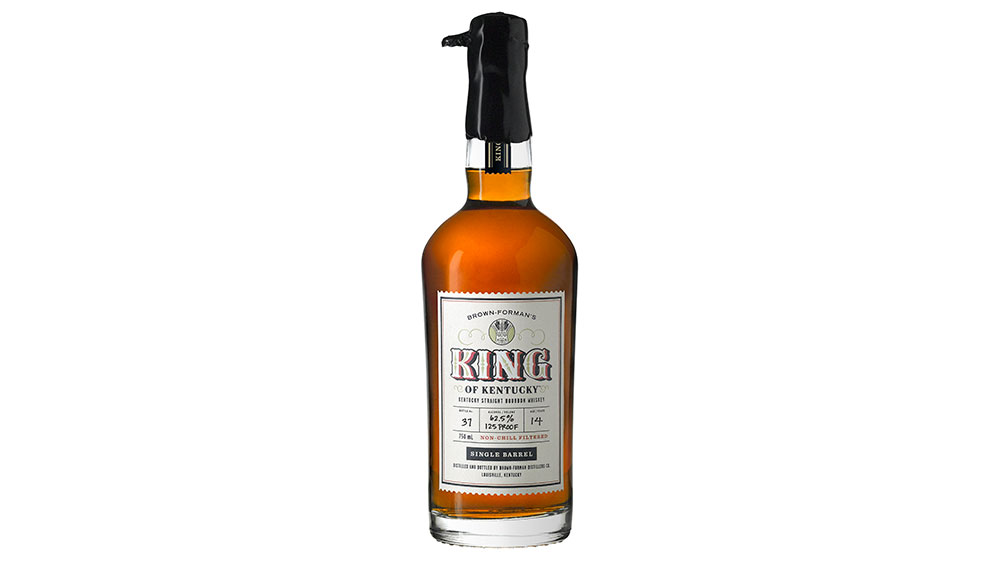 This extremely limited edition bourbon is made by Brown-Forman, the same company that produces popular brands like Jack Daniel’s, Woodford Reserve and Old Forester. Master distiller Chris Morris personally had a hand in choosing this single barrel bourbon, which was bottled at a very high ABV. For this year’s King of Kentucky, the third edition since the brand name was revived by Brown-Forman, Morris selected 37 barrels of 14-year-old bourbon that range in proof from 125-135 (several barrels wound up being completely lost to the angel’s share). The sample we got to taste was an intense 130.6 proof, with bold notes of cherry syrup, vanilla and a slightly smoky tannic undercurrent. Less than 2,000 bottles will be available, each one hand numbered with details about proof, age and warehouse location included on the label. 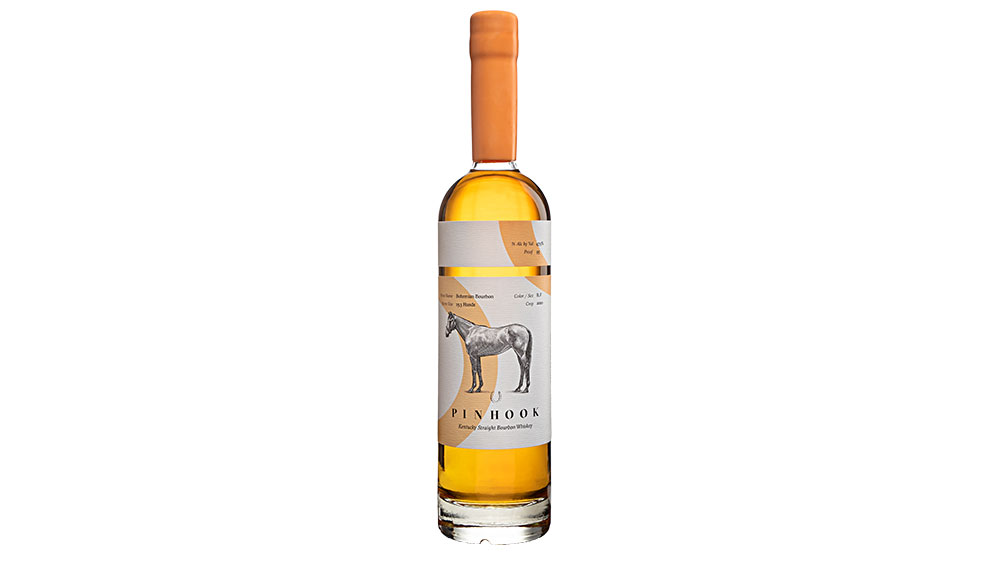 Pinhook has been releasing a new vintage of whiskey annually since 2014. Up until a few years ago the source of the company’s rye and bourbon was MGP, the ubiquitous Indiana whiskey factory that supplies so many brands with their product. But production has now shifted to the restored and revitalized Castle & Key distillery in Frankfort, Kentucky, using a mash bill of 75 percent corn, 15 percent rye and 10 percent malted barley. Bohemian Bourbon is a reasonably priced bottle that the brand says is meant to be an everyday whiskey and with its higher than average 95 proof it can hold its own in any cocktail. 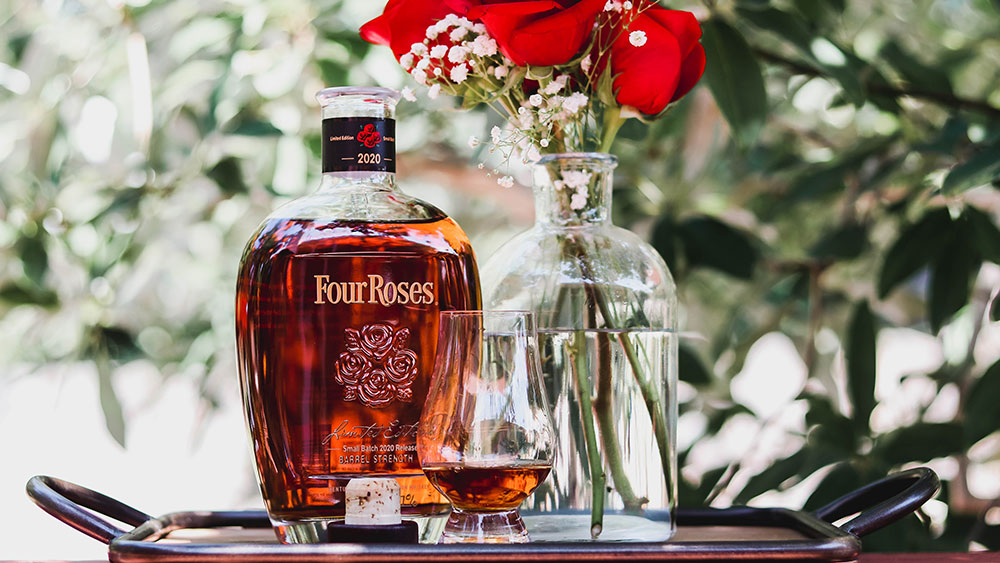 Bourbon fans look forward to the annual Four Roses Limited Edition Small Batch, eagerly waiting to see what master distiller Brent Elliott has been up to each year. Elliott has ten recipes to play with, as the distillery makes bourbon using two mash bills and five different yeast strains that are indicated by various letter combinations. This year’s release is a standout, a blend of 12-year-old OBSV and OESV, 16-year-old OESK and 19-year-old OBSK. You can check out the Four Roses website to decipher these codes, but what all those letters really amount to is a luxurious sipping bourbon with deep notes of stone fruit, vanilla and caramel, that is not at all overly tannic. 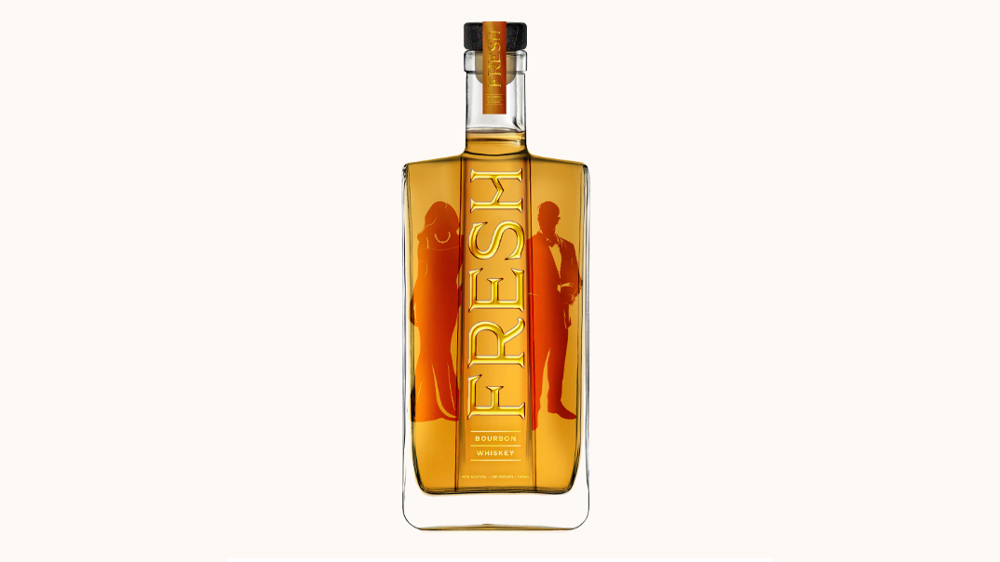 Fresh Bourbon Distilling Company was recognized by the Kentucky senate as being the state’s first Black-owned distillery last February. Owners Sean and Tia Edwards are building a new distillery in Lexington and in the meantime have been working with Hartfield and Co. to produce their bourbon. The resulting product will be available for pre-order beginning September 30, but we got a sneak peak. It’s a very young bourbon made from a mash bill of 60 percent corn, 20 percent honey malt, 10 percent malted wheat and 10 percent malted rye. A mix of barrel sizes are used for aging, including small six-gallon casks. The sample that we tried was aged for up to six months, and had notes of vanilla, balsa wood and fresh grass. Overall, this is a promising start for this new distillery. 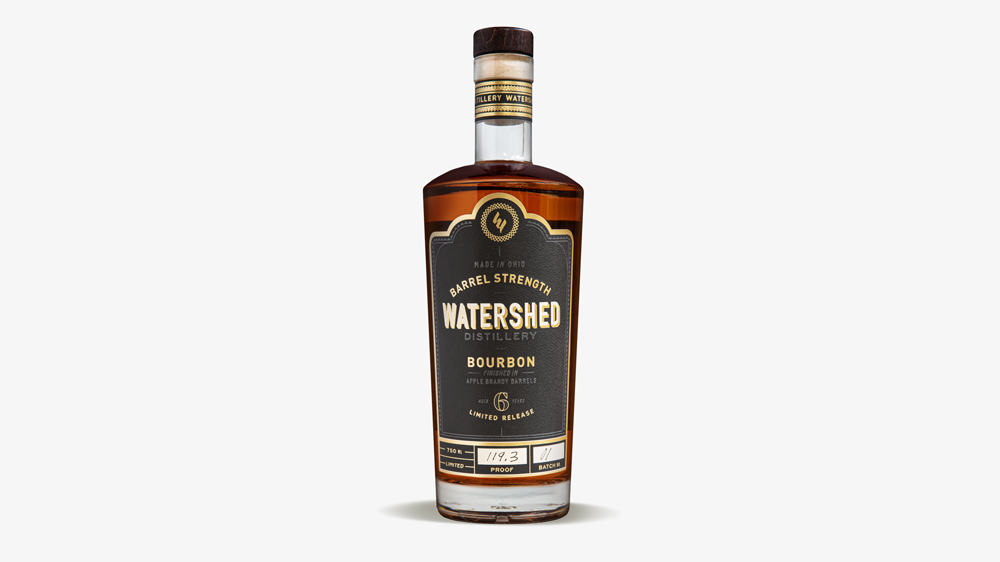 There are a few interesting things about this limited release bourbon from Ohio’s Watershed Distillery. It’s the most mature release yet at six years old, the first barrel-proof expression (119.3 proof) and it’s meant to commemorate a decade of the craft distillery’s existence. All of those things are indeed of note, but what really makes this bourbon stand out is that it was finished in used apple brandy barrels, giving the liquid a distinct flavor that brings orchards and fall harvest to mind. At a time when the craft distilling industry is truly struggling, a bourbon release like this truly highlights the quality that small distilleries bring to the whiskey world. 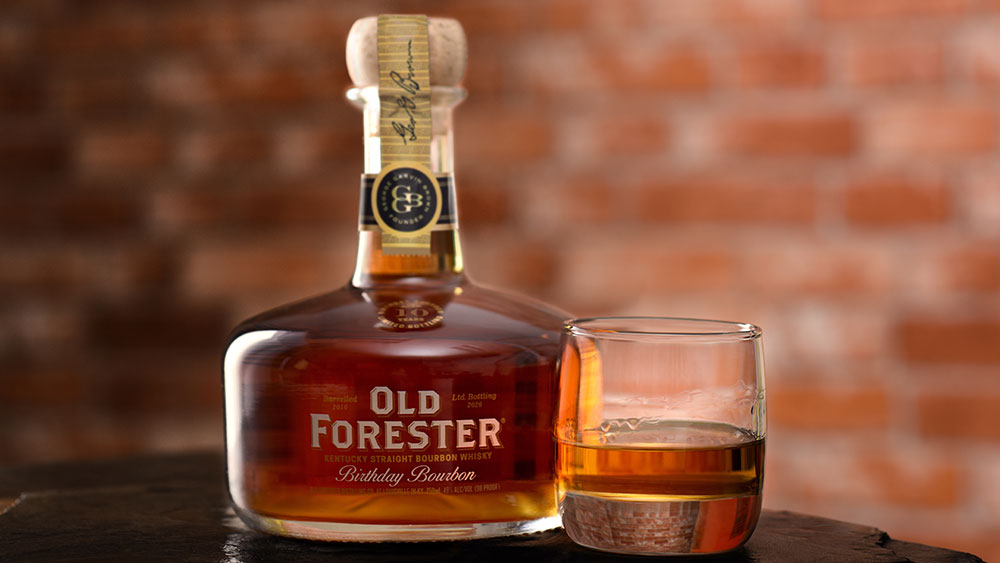 This year marks the 20th expression of Old Forester’s Birthday Bourbon, an annual release to celebrate the founder George Garvin Brown’s birthday. Each year this highly coveted bourbon is different, and the reaction is usually positive. The 2020 expression stands with some of the best, a solid and flavorful whiskey that draws from barrels that have hit their prime. The liquid was pulled from 95 barrels aged for 10 years and bottled at 98 proof and is surprisingly fruity on the palate with notes of banana, cherry and apple, along with a strong undercurrent of vanilla. This can be a difficult bottle to get your hands on, but the Old Forester website lists retailers that carry it. 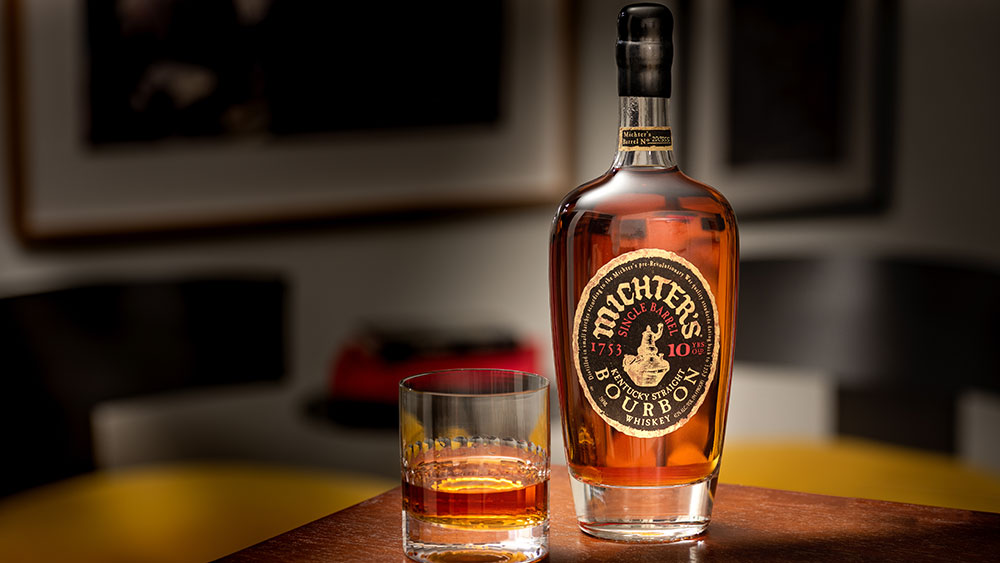 Michter’s core range of whiskeys is dependable and fairly priced between $40 and $50 per bottle. But for something really luxurious, try hunting down a bottle of the 10-year-old single barrel bourbon, which the distillery releases once a year. Given that it’s a single barrel release, there will be some variation. But overall the 2020 release delivers what you’ve come to expect from this high-end bourbon – oaky but not overwhelmingly so, with a swirling mix of toffee, cocoa, dark berries and vanilla pudding notes coating the palate. No doubt it will cost more than the SRP of $130 if you manage to find a bottle, but bourbon collectors won’t be disappointed. 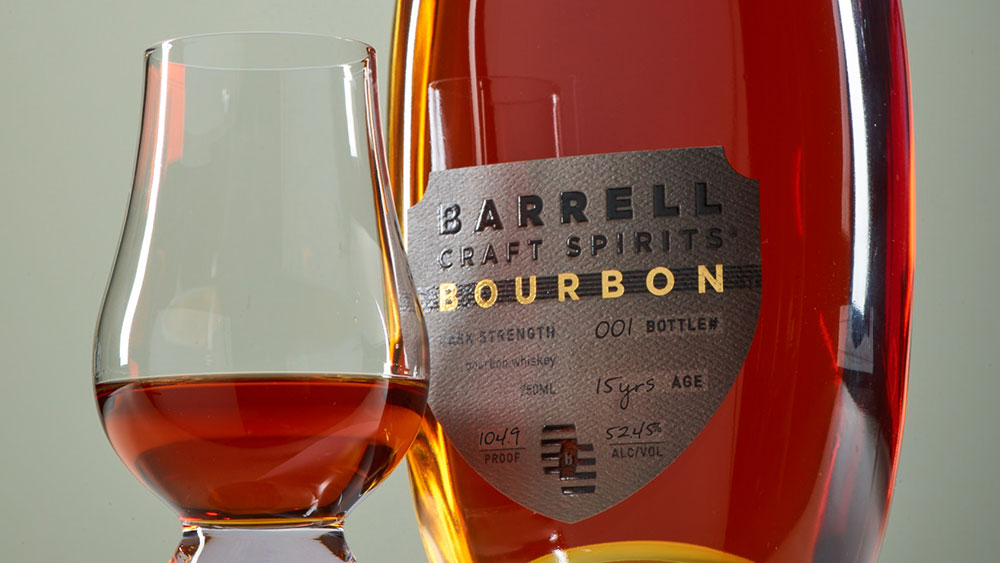 Barrell Bourbon is a spirits company based in Louisville that sources and blends barrels from all over the US (and sometimes overseas), with nearly every release hitting the mark. Batch 25 is the newest bourbon release (and it’s a good one), but for something more rarefied check out the Barrell Craft Spirits range. For these whiskies, the team at Barrell pinpoints truly exceptional barrels to blend, which are priced accordingly ($250 in this case). The new BCS bourbon, due out October 1, was aged for 15 years, sourced from Indiana, Tennessee and Kentucky and bottled at cask strength of 104.9. 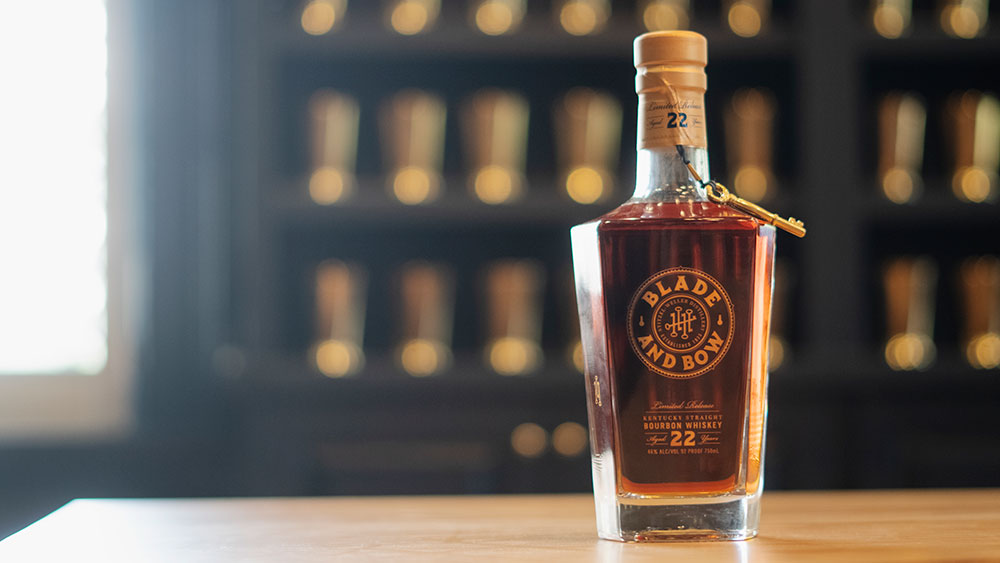 Photo: Courtesy of Blade and Bow

Though 22 years may not be considered ultra-aged in the scotch world, for a bourbon that’s practically ancient. Diageo’s Blade and Bow brand has been releasing this bourbon at various intervals over the past few years and this newest iteration matches the quality of past releases. The liquid nears the threshold of tannic, but syrupy flavors of toffee, tobacco and cherry balance it out. This bourbon was launched as an homage to the historic Stitzel-Weller distillery, which currently houses the Bulleit tourism center. Diageo is tight-lipped about where the bourbon is actually made, but reps for the company say the whiskey is aged at Stitzel-Weller. 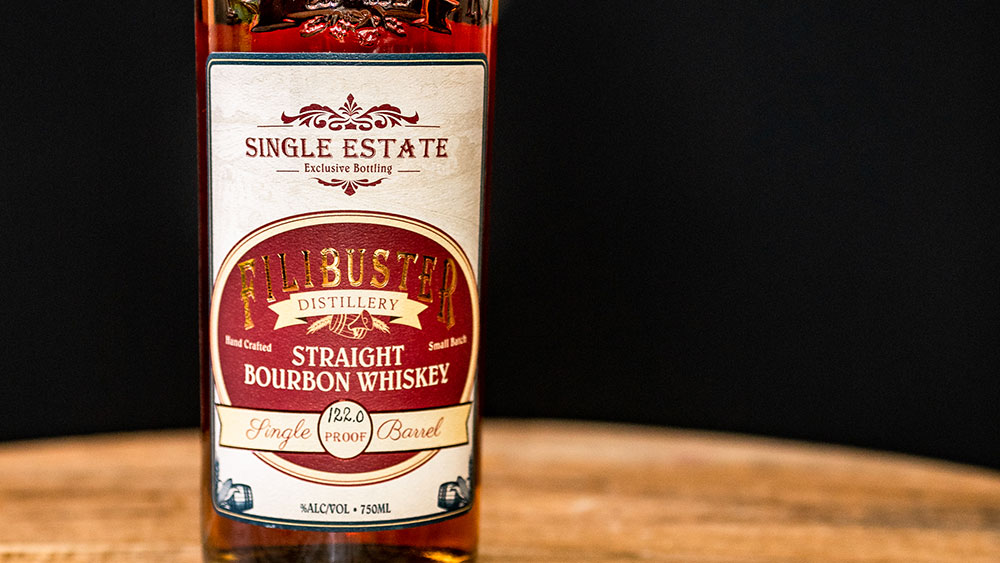 Filibuster Distillery owner Suman Dilawri is intent on using local Virginia ingredients as much as possible and trying out different casks finishes on her bourbon and rye whiskeys. Single Estate Bourbon was first released over a year ago and since then subsequent batches have shown the evolution of this whiskey. According to the distillery, the single estate designation means that the grain comes from one farm, the whiskey is distilled at one distillery and is a single barrel release. This latest batch, bottled in June, is a young bourbon (about 2.5 years old) that is full of promise and flavor. It will be interesting to see what even older whiskeys from the distillery will taste like in years to come. 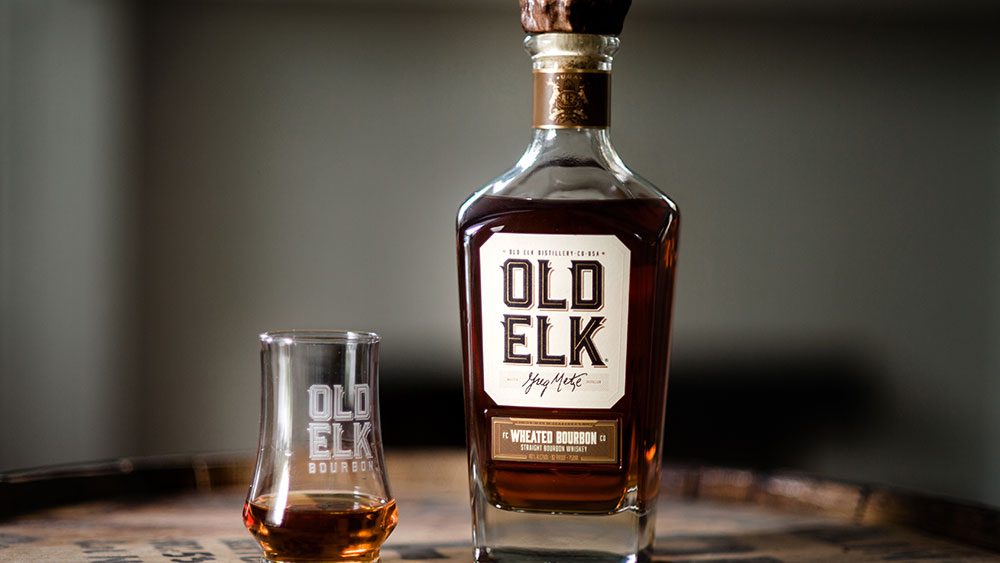 Colorado’s Old Elk distillery has several new releases out this fall, including a wheated bourbon expression. Master distiller Greg Metze, formerly of MGP, contract-distilled this truly high wheat whiskey, with a mash bill of 51 percent corn, 45 percent wheat, 4 percent malted barley. Fans of Maker’s Mark or the ever elusive Pappy Van Winkle are familiar with this style of bourbon, which replaces rye with wheat as a secondary flavoring grain. But the larger than usual percentage of wheat that Old Elk uses really imbues this five-year-old bourbon with a caramel sweetness that lingers on the finish. 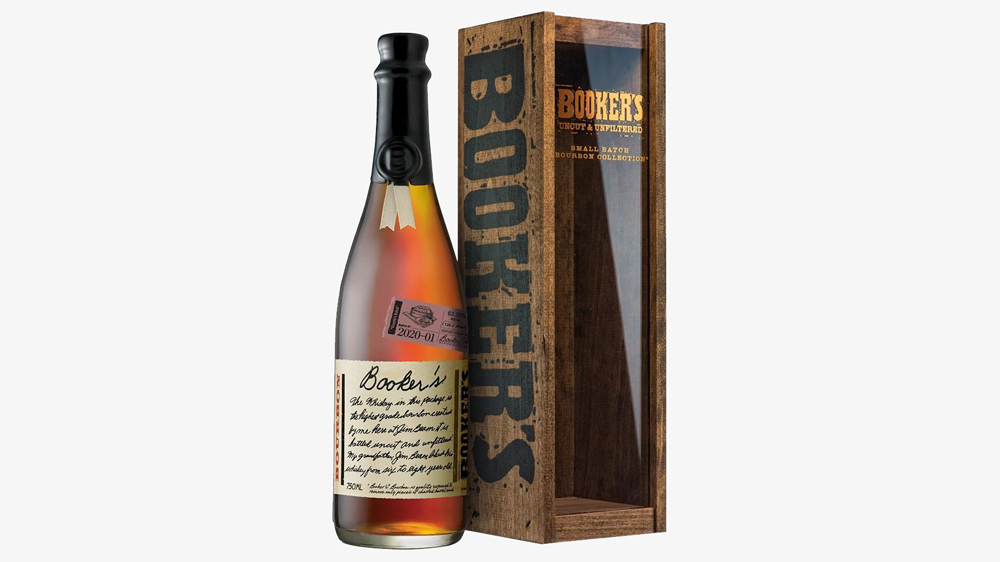 Boston Batch is the second Booker’s release of 2020 (there are usually four every year). Like past expressions, it’s aged for a little over six years, bottled at barrel strength (126.5 in this case) and filtered only to remove bits of char left behind from the barrel. Diehard Booker’s fanatics can probably pick up the variations from batch to batch, but there are certain through lines that are consistent with each release. Expect a bit of spice and heat with this new batch, some toasted nuts and a wallop of vanilla. In case you’re curious, the name refers to the production facility in Boston, Kentucky where the legendary former master distiller Booker Noe started out. 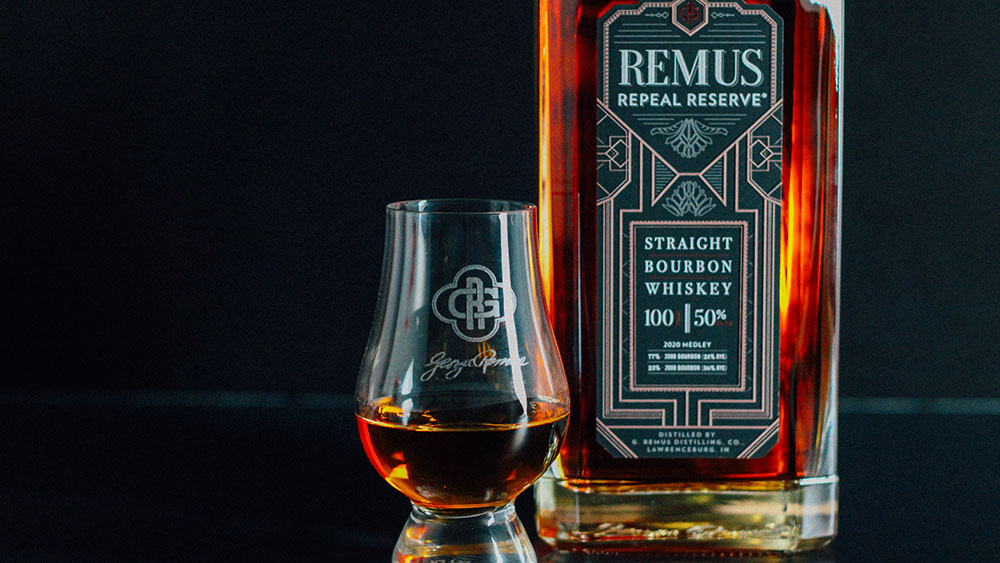 So many brands source their whiskey from Indiana’s MGP, including Redemption, Templeton, Bulleit Rye and Dickel Rye. Well, the distillery also has a few of its own inhouse labels, including the Remus Repeal Reserve line. Series IV is rolling out this fall, a 12-year-old bourbon that is a blend of two mash bills: about three-quarters 21 percent rye bourbon and one-quarter 36 percent rye bourbon. That amounts to a fairly high rye bourbon, providing prominent baking spice flavors that intermingle with the well-aged notes of oak, toasted grain and caramel candy.