Tesla can once again boast the world’s longest-range electric vehicle. Weeks after Lucid unveiled the first 500-mile production EV, the Air, Tesla has announced the Model S Plaid, a new high-performance variant of its top-of-the-line sedan that will go even further on a single charge.

As part of Tuesday’s much-hyped Battery Day event, the EV giant announced that its upcoming high-performance Model S variant will have a range of over 520 miles. But that’s not the only jaw-dropping performance spec associated with the car, as it will also feature 1100 horsepower and be able to zoom from zero to 60 mph in less than two seconds.

The Plaid’s stunning 520-mile range is three miles more than the Air’s 517-mile figure and marks a 118-mile improvement over the Model S Long Range Plus. And the EV’s record-setting range isn’t just something to brag about, it’s also a thrilling sign of things to come. The fact that the company has been able to up the Model S’s range from 390 miles to 520 in less than a year signals even more improvements across the company’s line of vehicles going forward.

Of course, while range is one of the most important figures buyers take into consideration when purchasing an EV, Tesla knows other things matter too. That’s why the three-motor AWD Plaid boasts an equally out-of-this-world 1,100 horses. That figure, which is 20 horsepower more than the Air, suggests that the Plaid isn’t just for prudent drivers, but for those who also value power and speed. And sure enough, the Plaid can rocket from 0-to-60 mph in under two seconds and has a top speed of 200 mph. If anyone ever tries to tell you that zero-emission driving can’t be any fun, well, here’s your very loud counter-argument. 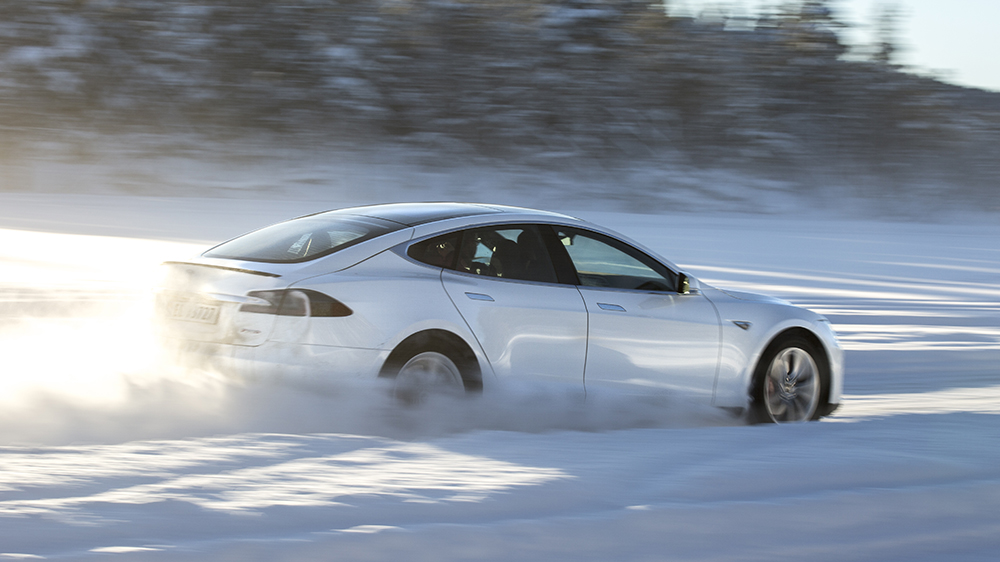 But the Plaid, as exciting as it may sound, was far from the only announcement of note at Battery Day. The chief announcement was that the company, which has previously sourced batteries from Panasonic, will begin making them in house. This won’t just lead to cheaper vehicles—it will also improve their power and increase range by up to 16 percent. Because of this, Tesla plans to build a new cathode plant, though the company hasn’t yet revealed a construction timeline for it. On the vehicle side, the company revealed that the Cybertruck has now racked up “well over half a million” pre-orders and that it intends to release a “compelling” $25,000 model within three years’ time.