In the season two opener of Netflix’s dark comedy “Dead to Me,” Jen Harding’s lonely neighbor Karen tries to win her over with a bottle of orange wine. It’s easy to see why as more wine drinkers gravitate toward the amber-hued vino. Sales of orange wine rose 27 percent in the first half of this year compared with 2019 and 2018, according to Nielsen. Orange wine lovers now even have their own wine club.

One explanation for the rise is that there are 100 times more orange wines on the market now compared with 10 to 15 years ago, says Simon Woolf, author of The Amber Revolution: How the World Learned to Love Orange Wine. The wines, which are made with white grapes fermented with the skin intact, have captivated younger drinkers seeking an alternative to mainstream wines, Woolf says. “Who wants to drink what their parents were drinking?”

But the novice orange wine drinker might respond like Christina Applegate’s Harding, who asked Karen, “What the [bleep] is orange wine?” We’re popping the cork to answer that question.

What is orange wine?

The label might be misleading for some as orange wines are not made from oranges and the color ranges from a golden yellow to pale salmon, to burnt apricot.

Unlike white wines, where the skins are separated from the juice, winemakers that produce orange wines macerate the skins along with the grapes during the fermentation process until the must (the combination of juice and skins) is ready to be pressed, says Winc winemaker Robert Daugherty.

The process is similar to red wines, which are also made with the skins intact. Traditionally, orange wines have been aged in clay vessels, or qvevri, buried underground and removed after the grapes have aged. Some winemakers have retained these ancient methods and still use them today while other winemakers age the grapes in stainless steel, oak or cement.

Where are orange wines produced? 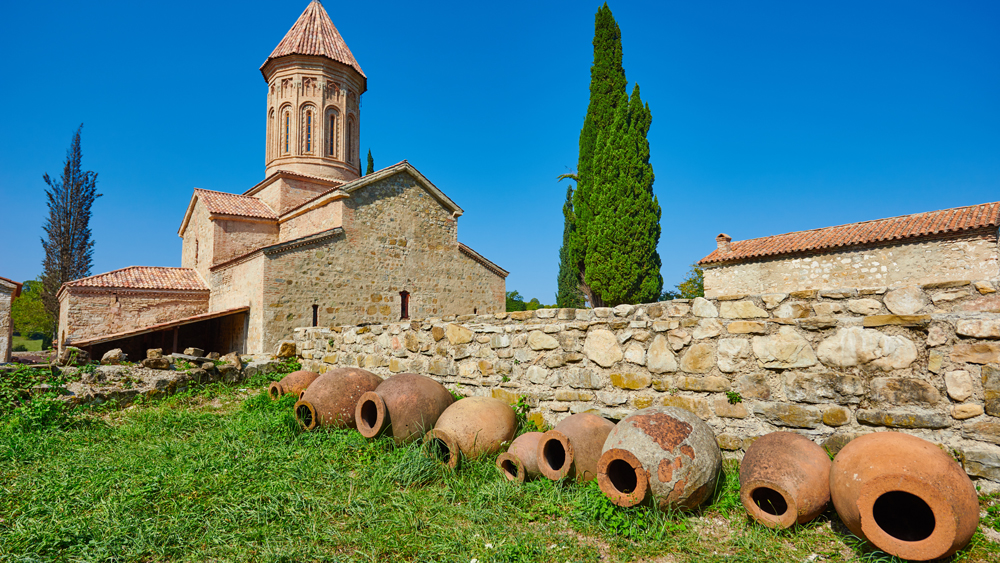 Orange wine origins can be traced back 8,000 years, to the Caucasus Mountains in modern-day Georgia. “One of the greatest misconceptions is that it’s a new fad, when it’s one of the oldest wines,” says Elizabeth Fiorello-Sievers, a field editor for Slow Wine who is working toward a Wine & Spirits Education Trust Level 4 Diploma.

Georgia’s winemaking industry has taken off over the last two decades after it emerged from Russian occupation, she says. Georgia, along with the Friuli-Venezia Giulia region of Italy, Slovenia and neighboring Balkan nations have historically been some of the largest and oldest producers of orange wines. There’s also been an uptick in orange wines from Bulgaria, Spain, Austria and Germany, but the winemaking method is catching hold all over the world. Examples of orange wines made in the US include King Family Vineyards’ Viognier and Winc’s Californian Malvasia Bianca.

How do orange wines taste?

Orange wines contain more structure—or the relationship between the tannins, acidity and sugar—that give them a fuller body compared with other white wines. The maceration of the skin also makes it more complex than your average white wine.

“To me, it’s the most complex wine to be made,” says Esteban Brunello, owner of four-year-old Bar Brunello in Durham, North Carolina. “The second sip is slightly different than the first one and it grows every sip I take.” Currently closed because of the pandemic, the 40-seat bar carries one of the world’s largest orange wine selections, with more than 200 bottles.

Here again, the color might be misleading for the uninitiated. Don’t expect orange wines to taste like oranges or a boozy orangeade. While the flavors are as varied as any other style of wine, it’s helpful to think of orange wines as a dry white wine loaded with the tannins you expect from red wines. Brunello likens the flavor of some orange wines to a sour beer, or the tangy, umami flavor of his bar’s house-cured salami, after the sugar and salt has fermented the meat.

How do you select a good bottle of orange wine? 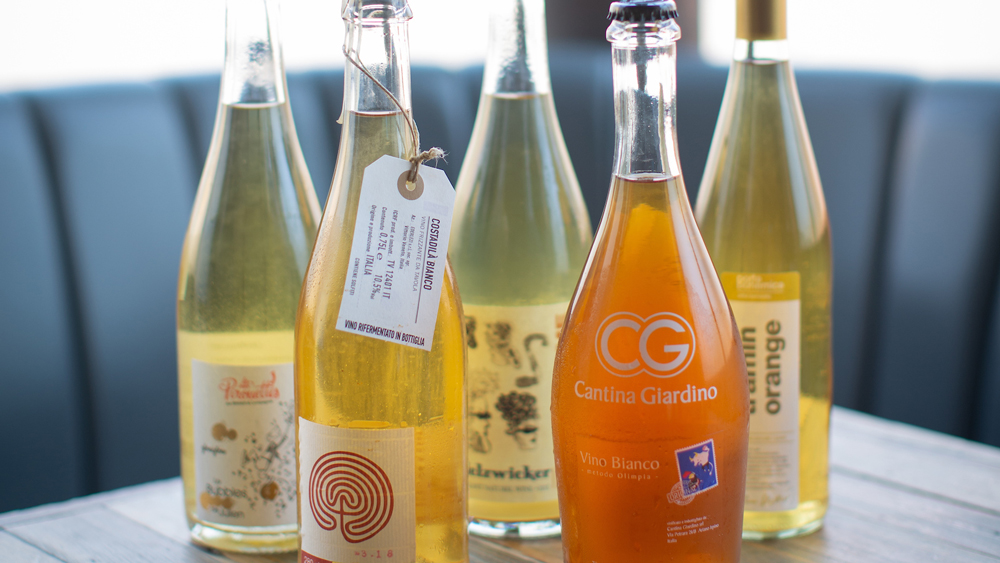 For the newbies, the best way to delve into orange wines is to try one made from a producer you know and like, Daugherty says.

For some, picking a good bottle of orange wine is not unlike other wines. Copeland suggests selecting a shop where you trust the buyer’s palate or choosing orange wines from an importer you like, says Janine Copeland, a DC wine educator and hospitality pro.

“Orange wine is as varied as any other style of wine,” she says.

Brunello asks his customers what they usually drink. For instance, for bourbon drinkers, he recommends Cramele Recas Amber Natural Wine, a Romanian wine with a dry apricot, bitter almond and woody finish that imparts a bourbon-like note on your palate.

Wine drinkers looking for a more complex flavor with more tannins should search for a darker orange wine that has been aged for three months or longer. Those bottles are also more expensive. (After aging for three months, the color doesn’t change but the flavor does.)

Are all orange wines natural?

Some natural wine producers have co-opted the orange wine movement so that two words are almost used synonymously. But they shouldn’t be, as not all natural wines are orange and not all orange wines are natural—though most are natural, or made with little or no additives.

”Because of this recent buzz around orange wines, more industrial producers have started to pick it up as a style,” Fiorello-Sievers says.

However, having extended contact with the skins is one way of achieving natural preservation. Some natural wines contain live bacteria in the bottle and can be unpredictable, Woolf says.

But that’s part of the fun. Says Woolf, “These wines are always in flux. They change with one vintage to the next, and they change and evolve in the bottle day by day.”