Boat of the Week: This Rule-Breaking 135-Foot Superyacht Has Been Turning Heads for More Than a Decade

Love it or loathe it, there are no half-measures when it comes to the polarizing, mind-bending lines of the 135-foot superyacht Ocean Emerald.

That arching sweep of its steely-gray superstructure. The awkward, uncomfortable roofline as it swoops down to meet the pinched bow. Those harsh horizontal bars along the flanks that might not look out of place in a prison cell. Yet, see Ocean Emerald anchored out anywhere from St. Bart’s to St. Tropez, or Capri to Cape Cod, and she’s guaranteed to create an endless stream of Instagram posts.

When the yacht was launched back in 2009, she simply defied convention by breaking all the rules. Which is exactly what her designer, the legendary British architect Lord Norman Foster, wanted. Foster, now a feisty 85, does not do conventional. He’s given the world such landmark buildings as London’s 30 St. Mary Axe, better known as the “Gherkin,” the spaceship-like Apple campus in Cupertino, Calif. and the oceanliner-style Yacht Club de Monaco. 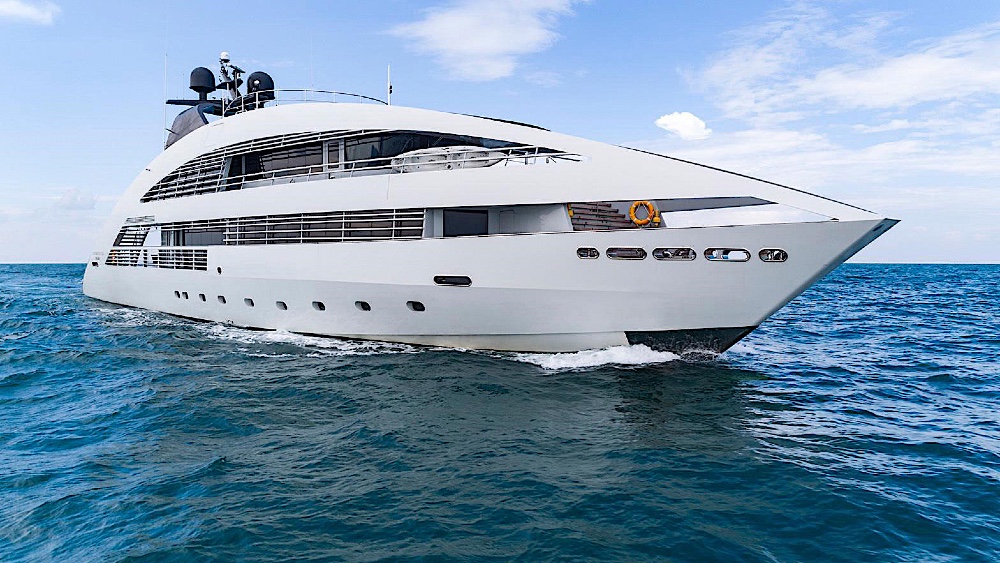 One of his most publicized sayings describes his thinking behind this quirky superyacht: “As an architect, you design for the present, with an awareness of the past, for a future which is essentially unknown.”

While Ocean Emerald wasn’t his first foray into superyacht design—that was the Lürssen-built 190-foot Izanami, launched in 1993 (and renamed Ronin by Oracle’s Larry Ellison)—she was without a doubt his most controversial. Built by Rodriguez Yachts, Ocean Emerald features an all-aluminum hull and a lightweight composite superstructure. Power comes from a pair of 1,400-horsepower Caterpillar diesels that deliver a top speed of 18 knots and effortless 14-knot cruise.

Standout features include floor-to-ceiling windows, huge decks for entertaining, and three flights of wide teak staircases at the stern to give guests a workout while climbing from water-level to the top-deck jacuzzi. On board there’s accommodation for 10 guests in five cabins, plus a crew of nine. The spacious owner’s suite is on the main deck right at the front of the yacht, with views out across the bow. 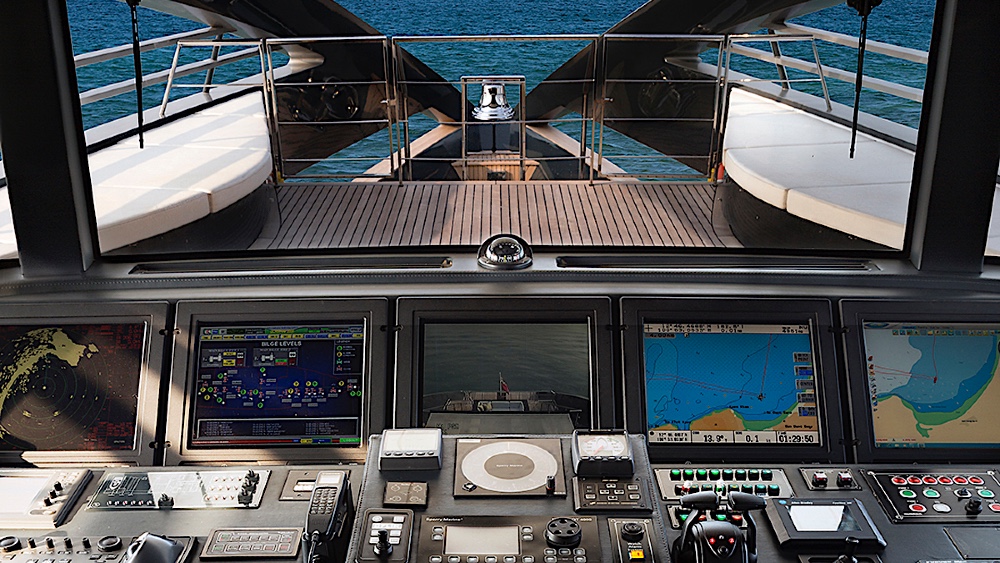 Even the helm station is highly unconventional, though it gives the captain a better forward view of the water than most super yachts.  Camper & NIcholsons

Ocean Emerald was actually one of three identical designs built between 2009 and 2010 for a fractional ownership program called YachtPlus. The idea was that someone could purchase an eighth share and get a guaranteed 30 nights annually on board. These would be split between the Mediterranean and Caribbean, with access to Ocean Emerald, or sister yachts Ocean Pearl or Ocean Sapphire. Lord Foster himself was one of the original investors. Ultimately, the project failed and the yachts were sold off. In 2013, Ocean Emerald was snapped-up by British businessman Nigel Plaskett and moved to his home base in the Gulf of Thailand. He has been successfully chartering the yacht there for 10 weeks per year, charging around $113,000 a week.

If Ocean Emerald looks familiar, it might be because you saw her at the movies. Just before Plaskett bought the yacht, she made her film debut in the action-thriller “Point Break,” a re-make of the 1991 high-adrenaline, cult classic starring Keanu Reeves and the late Patrick Swayze. The yacht was filmed off the coast of Brindisi in Italy and used as the scene of a raucous party.

“No, it wasn’t love at first sight,” Plaskett told Robb Report about his first impression of the yacht. “But I do love things that are different and unique. And Ocean Emerald is definitely that.” 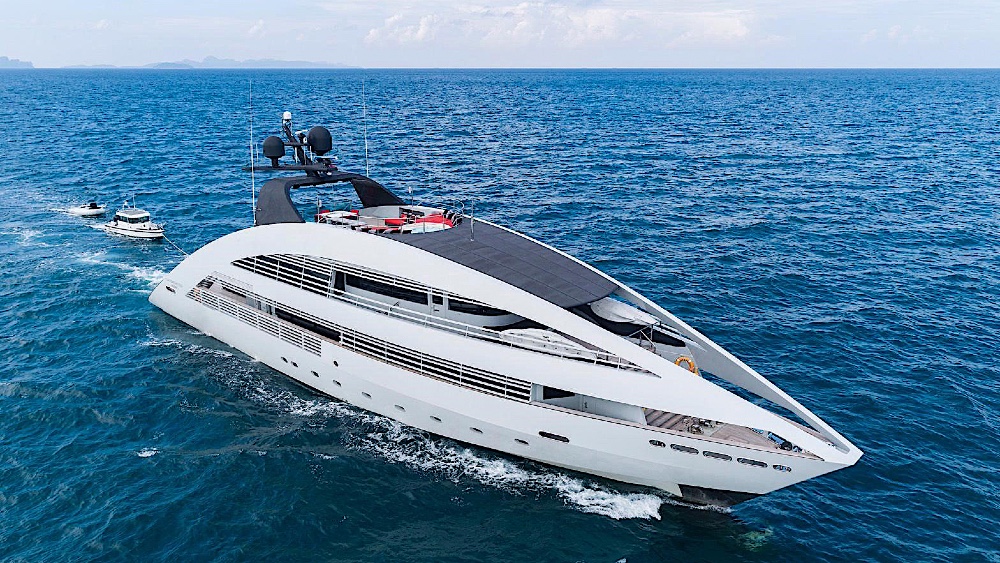 Ocean Emerald has two virtually identical sisterships. One of them, Ocean Sapphire, is also for sale for $6.98 million.  Camper & Nicholsons

The British-born engineer explained what quickly won him over was the yacht’s tremendous volume of interior space—around 30 percent more than a typical yacht of this size. During the seven years he has owned her, Plaskett has commissioned two full interior refits, using local Thai artisans. The last one, carried out last year, saw the interior go ultra-modern to match the yacht’s dramatic exterior. “She’s been a very successful charter yacht,” says Plaskett. “Of course, here in the Bay of Thailand there’s nobody else chartering. Russians, especially, love her because she’s so different.”

While Ocean Emerald was reputed to have cost more than $24 million to build, she’s now up for sale with Camper & Nicholsons for $6.86 million. Want two? The yacht’s sistership, Ocean Sapphire, is also on the market with Zurich-based Schmidt Yachting for $6.98 million. Just don’t expect to cruise anywhere in either yacht and not be noticed.

Check out the rest of the yacht. 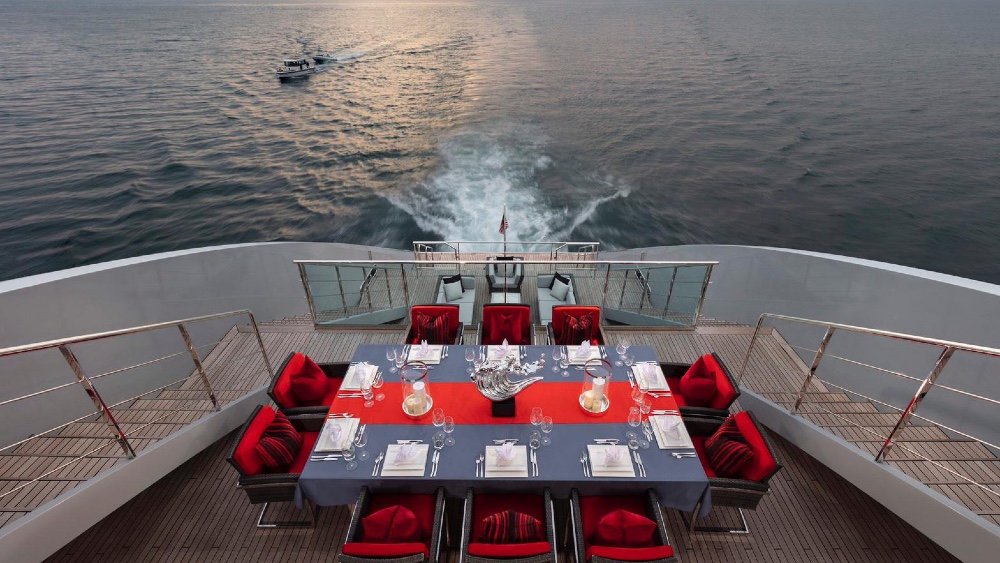 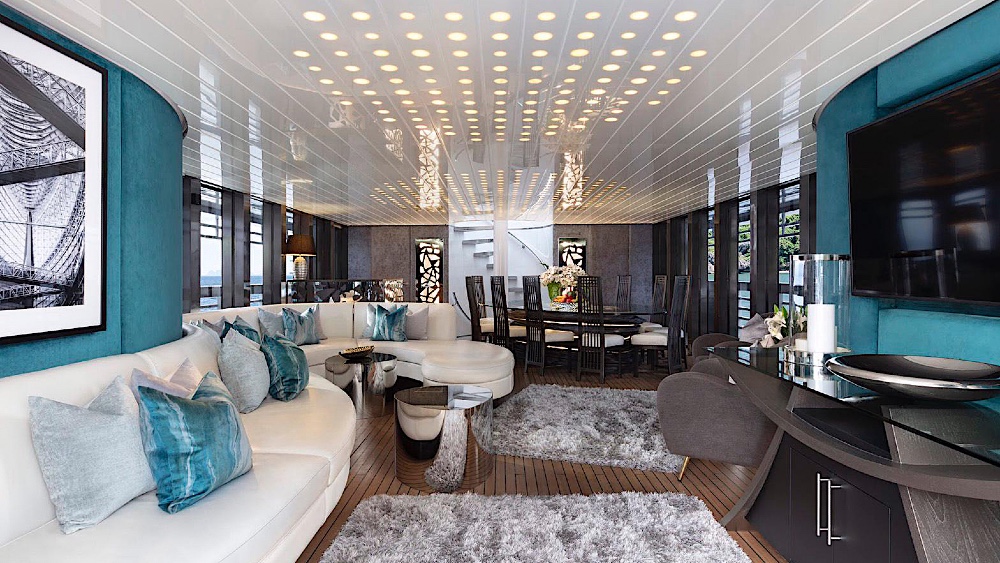 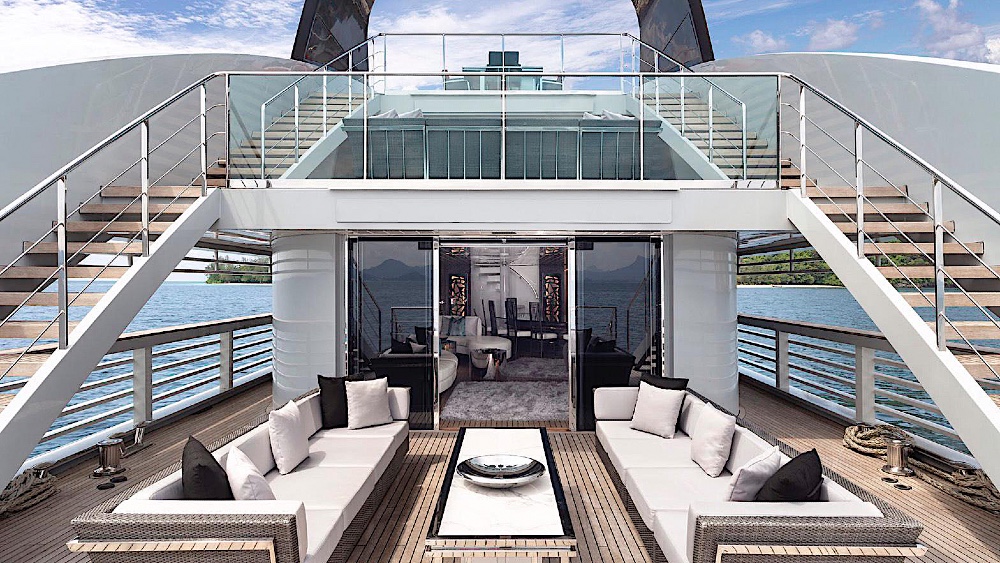 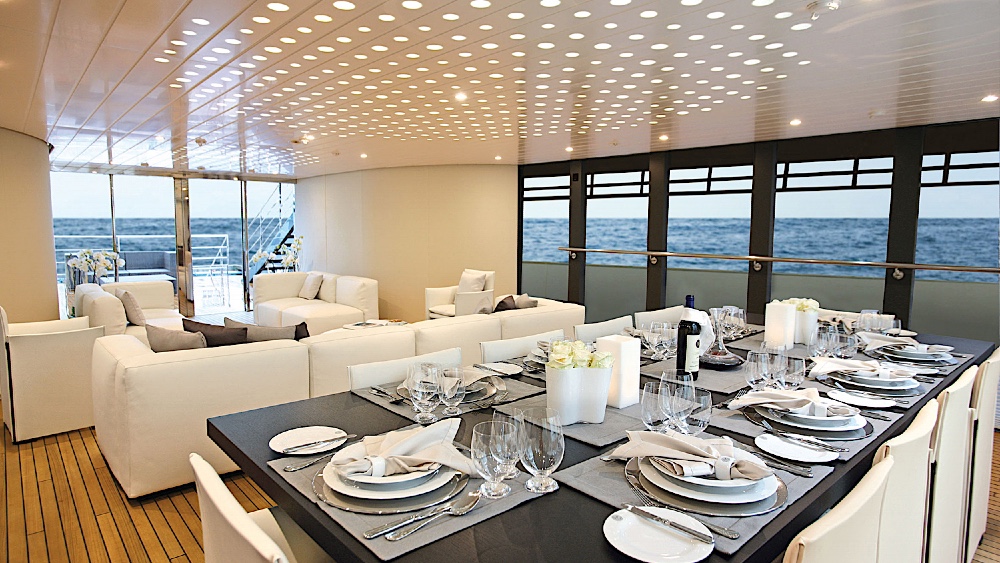 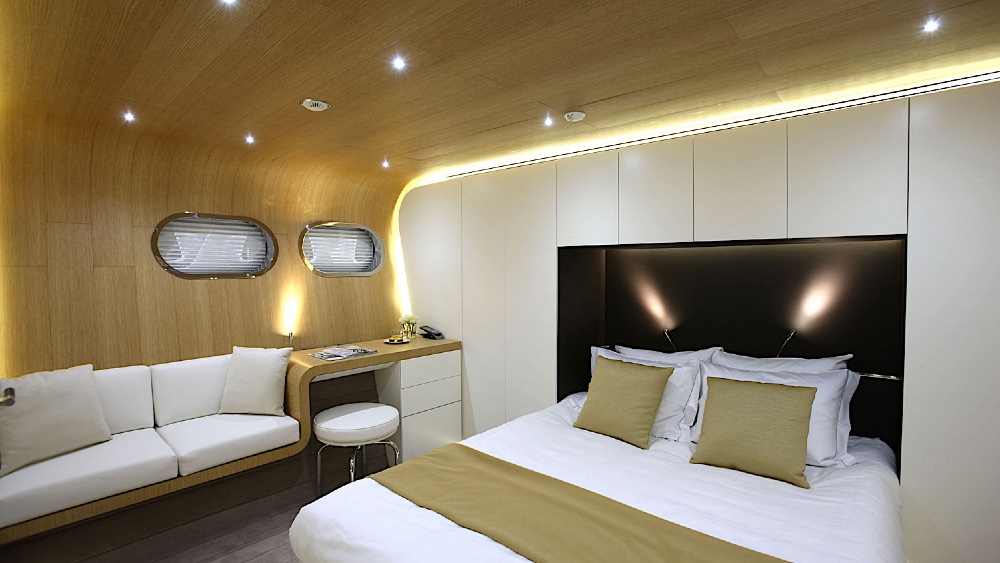 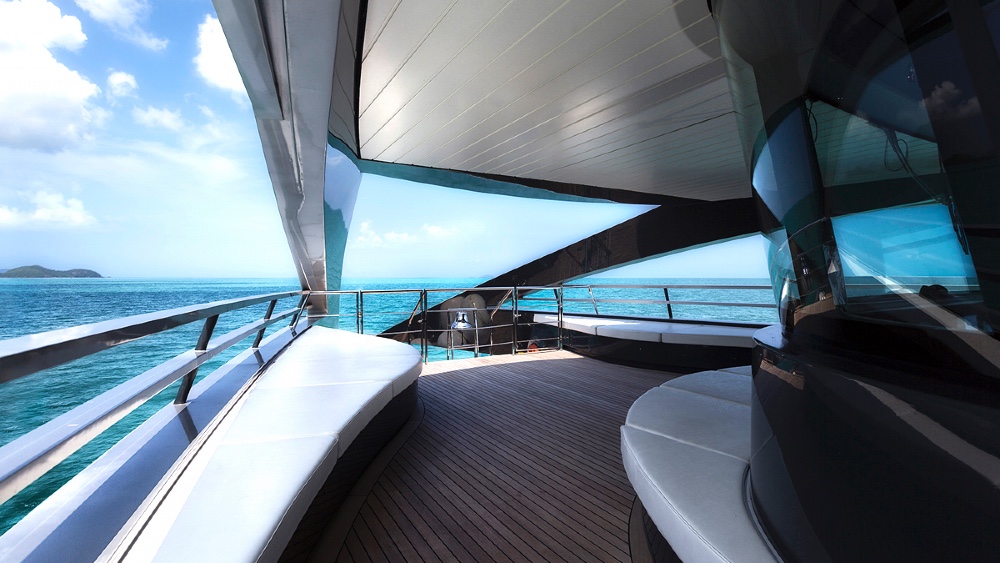 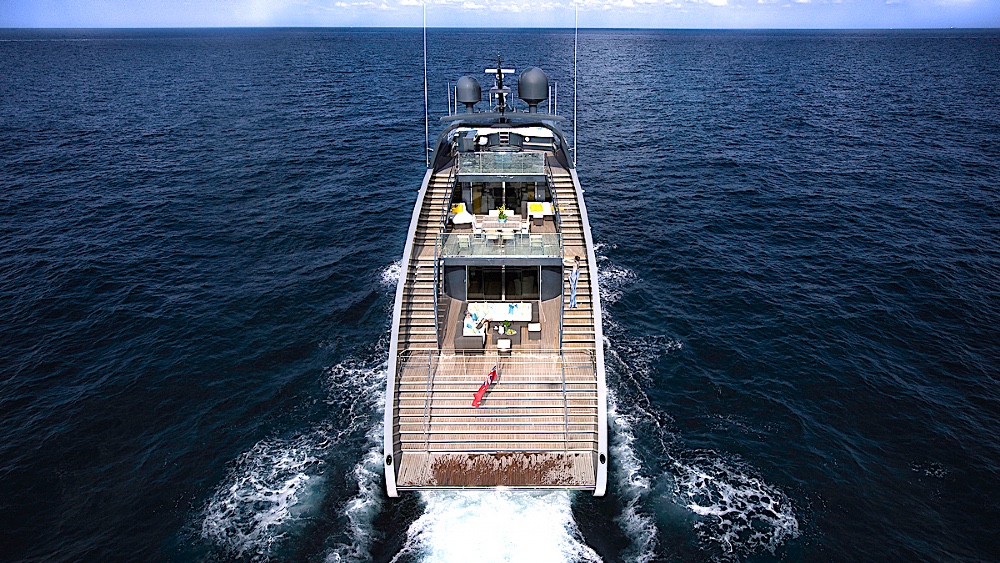 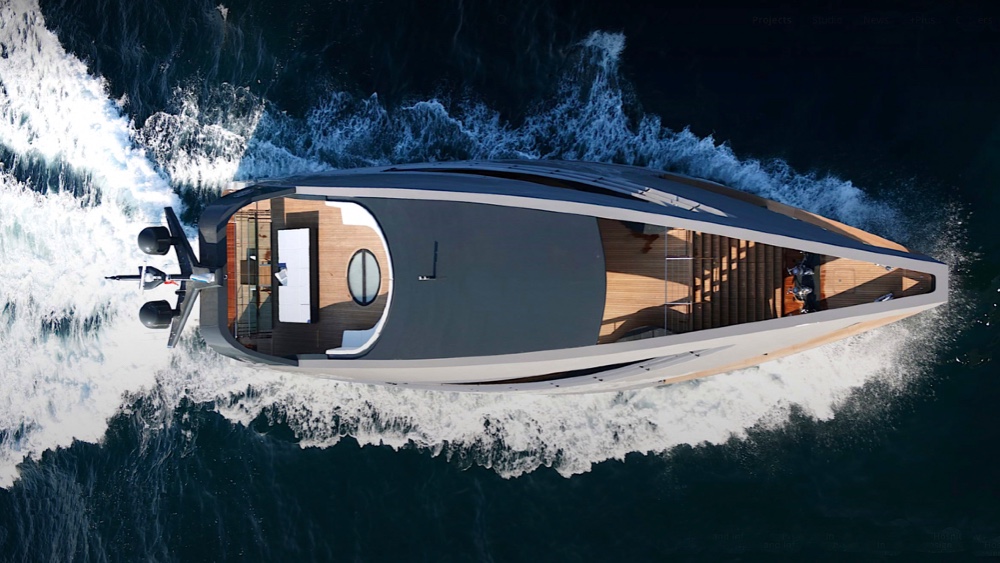