There are few lines more respected in the high-performance auto world than the BMW M series. Be that as it may, the German carmaker isn’t content to just sit around resting on its laurels. For proof of this, look no further than the just unveiled M3 sedan and M4 coupé.

Earlier this week, the luxury marque unveiled the latest iterations of two of its most capable sports cars. And while neither vehicle has received a particularly radical upgrade, what’s new and the proven elements that have been left alone—especially the option of 500 horses or a manual transmission—are more than enough to make both noteworthy. 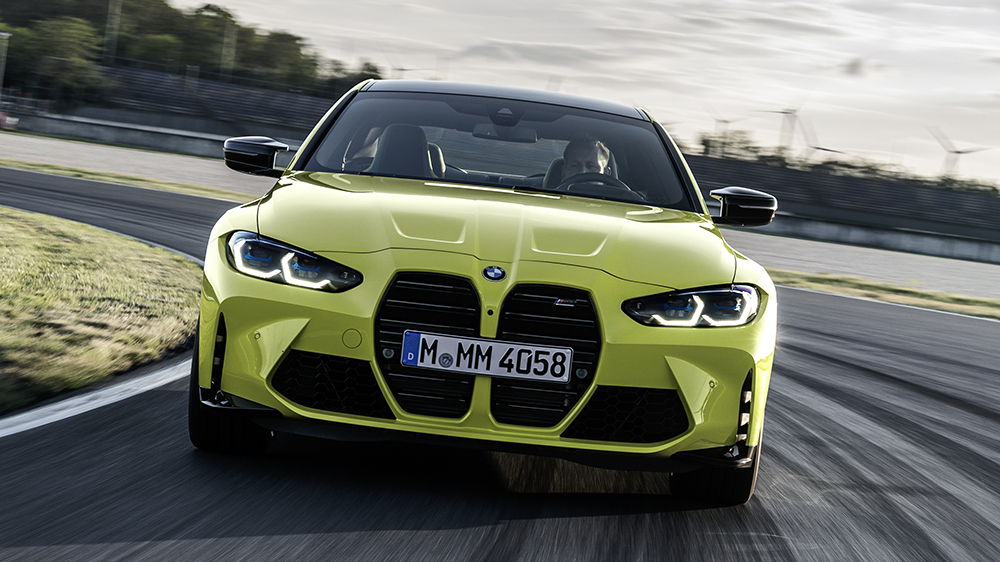 The 2021 BMW M4 and its gigantic kidney grille  BMW

But as impressive as the specs of both cars may be, it’s hard to start anywhere other than the nose. That’s because both the M3 and M4 feature the 2021 4 Series’s controversial gigantic kidney grille up front. While the bold grille—first seen on the Concept i4 sedan—has its detractors, there’s no denying in gives both vehicles an even more athletic. Adding to this, are the cars’ widened bodies, both of which feature sharper lines, added aerodynamic elements and a more prominent rear diffuser than the 3 or 4 Series. And as with every M model since the late 70s, there’s plenty of badging identifying each car as such.

Underneath the hood of both cars, you’ll find one of two drivetrain options, according to the automaker. The standard M3 and M4 feature an upgraded S58 twin-turbocharged 3.0-liter inline-six capable of producing 473 horsepower and 406 lb-ft of torque. Meanwhile, the step-up M3 and M4 Competition feature a specially tuned version of that engine that can output 503 horses and 479 lb-ft of twist. 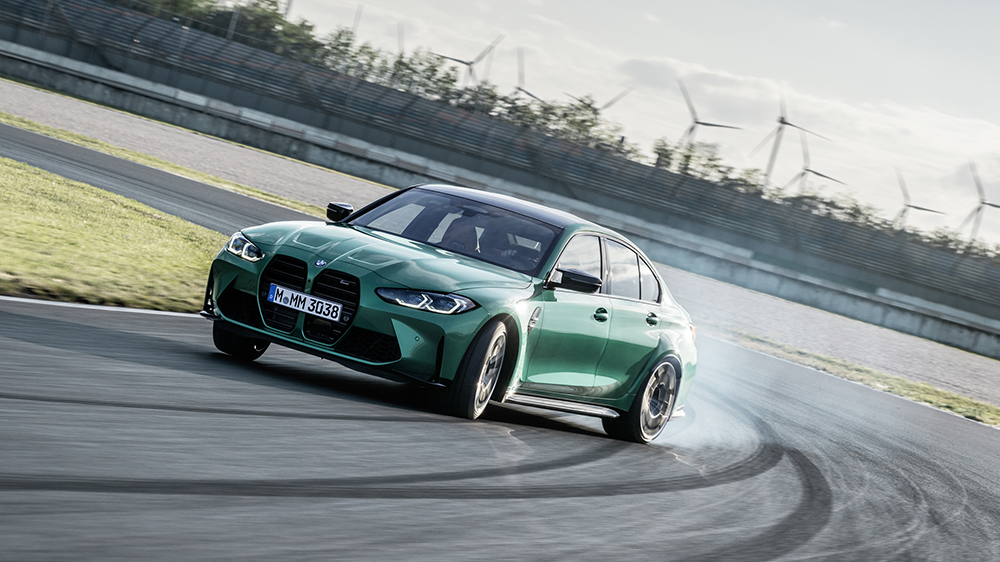 In news sure to make purists weep tears of joy, the BMW has kept its promise and made both the M3 and M4 available with a six-speed manual transmission. But—and this is a pretty big but—it’s only available on the standard model, as the Competition version is only available with an eight-speed M Steptronic automatic transmission with Drive Logic and three shift modes. Whichever version you choose, though, expect a powerful car with plenty of zip. BMW claims the standard M3 and M4 can rocket from zero to 62 mph in 4.2 seconds, while the Competition model can do the same in 3.9 seconds.

Other mechanical features include a stiffened chassis to handle all that extra power. Both models also include an upgraded power steering system and an all-wheel-drive that will allow you to switch off the front axle should you want to have some fun. The standard M3 and M4 also ride on forged wheels, 18-inch in front, 19-inch in back, while the Competition model’s wheels get a slight size boost to 19 and 20 inches respectively. There’s also an optional M Drive Professional package that includes a traction control system with 10 settings, a Drift Analyzer and a lap timer. 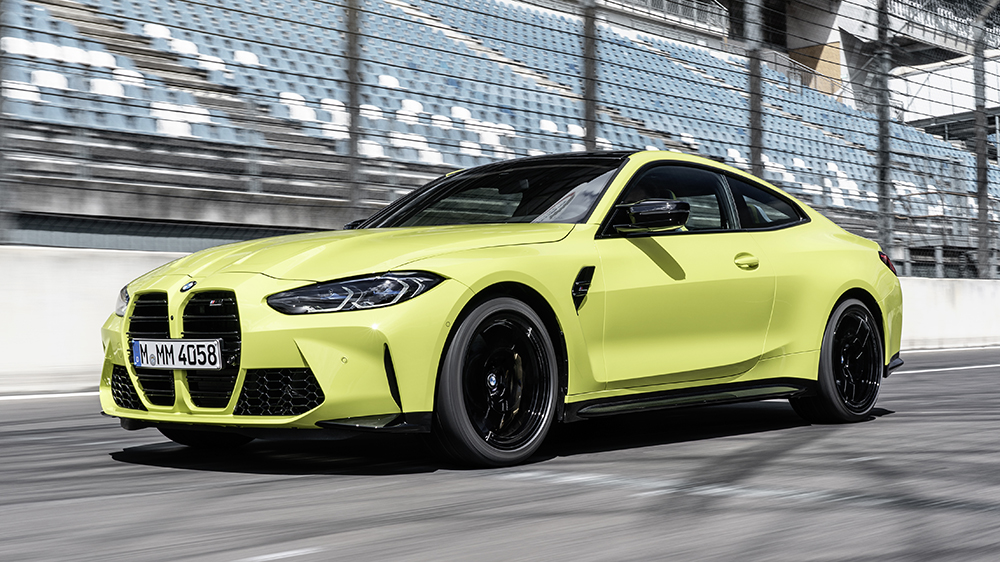 Pricing for both vehicles remains in line with past years. The M3 starts at $70,895, the M4 at $72,795. But a whole gaggle of options, like the $2,900 Competition package, can easily send the final price northward. The standard versions of both cars will go on sale next March, with the Competition models to follow in the summer.